After a lifetime in the circus, living in terrible conditions of abuse and neglect, four elephants named Goldie, Sylvie, Ruby and Pearl found themselves travelling in a pair of trucks to a temporary transit facility in Pune. Following a long, challenging rescue operation carried out by the District Collector of Pune, along with local police and officers of the Animal Welfare Board of India, the four elephants were handed over to Wildlife SOS for long-term care. The other animals at the circus, including dogs and horses, found refuge at other local organizations – PFA Pune, ResQ, and Animal Rahat. 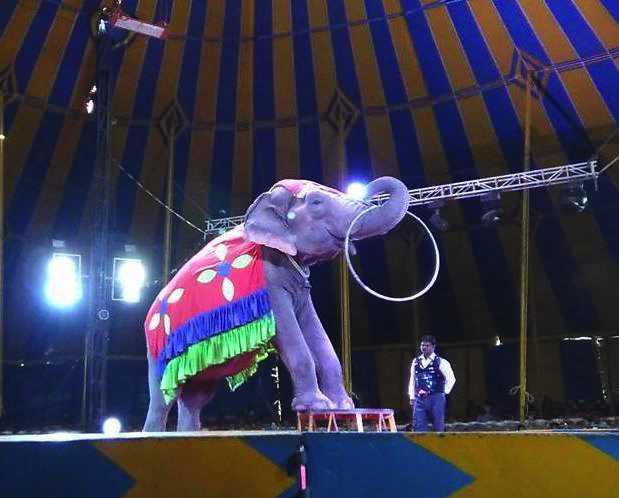 A care and management plan was drawn up and implemented even as the trucks with the elephants were winding through the streets of Pune to their new temporary home.  A large shade shelter was set up, a pond was dug and filled with water, and orders were placed for a range of healthy, nutritious food for the new girls. Wildlife SOS veterinarians pre-ordered deworming tablets and nutritional supplements that would need to be started as soon as the girls were in our care and comfortable.

A government veterinarian was called in to assess the animal’s health and confirmed via four detailed health reports, the truly saddening condition of these four beautiful animals. Our vets were eager to get started on treatment, and to get the elephants on the road to recovery.

Initially a little nervous about the new environment, the girls settled down quickly, their curiosity driving them to explore the area, trying out their new pond and taking naps in the shade of their shed. They gorged on the fresh fruit and vegetables that arrived for them every day with their fodder, and special fruit treats like mangoes made even veterinary treatment possible. So the girls began getting medicated footsoaks for their debilitated feet, and disinfection and treatment for the wounds and scars they had incurred over their years in captivity.

For a little over a month, the elephants lived in our care, with access to fresh food, water, shade and veterinary treatment, along with the freedom to interact with each other and behave naturally, never forced to do anything that hurt them or didn’t come naturally to them. We watched them constantly, awed by their personalities and slowly learnt each of their characteristics and preferences, falling in love with these amazing animals that were now so much part of our family. 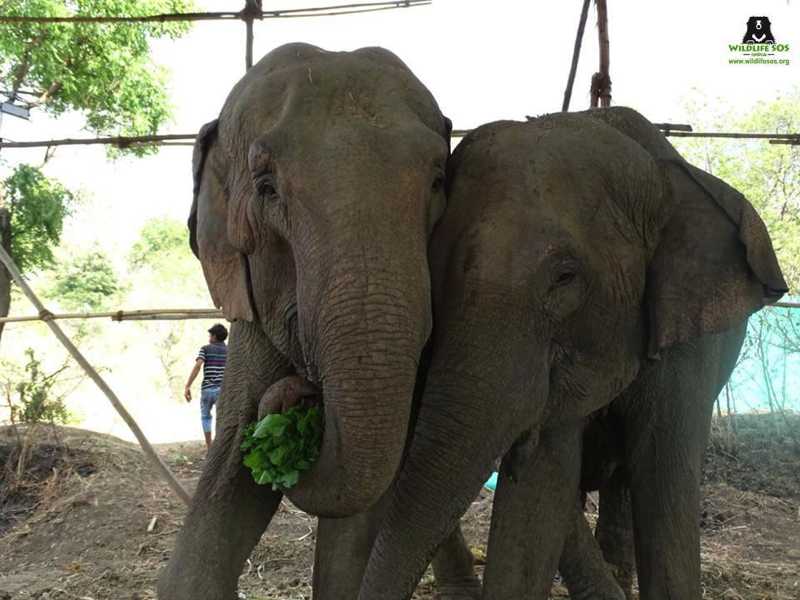 Even as the elephants were settling readily into this new life, the circus challenged the rescue of the elephants in court, seeking custody of the elephants and other animals. In response, we provided the court with health reports and statements that detailed the detrimental conditions the four were made to live in, the unnatural, uncomfortable acts they were made to perform and the awful physical and mental condition it had left them in. In addition, the Hon’ble Court was made aware that the circus had been forcing the elephants to perform illegally, and had been violating several guidelines and orders of the authorities.

Yet, in an astonishing decision, the court granted custody to the circus, and issued an order that all four elephants be returned to their previous owners, basing the decision on a procedural flaw committed by the enforcement authorities prior to the confiscation of the elephants, but choosing to ignore the evidences of cruelty and mismanagement put forward by those with the animals’ best interests at heart. Disregarding Goldie’s advanced age and blindness, Ruby’s painfully neglected feet, Pearl’s incessant stereotyping – indicative of intense mental and psychological stress – and the scars left by chains on the backs of Sylvie’s legs, the custody of these four girls was handed back to the circus, a setback not just to the girl’s recovery and our work, but to the progress of animal welfare in the country. 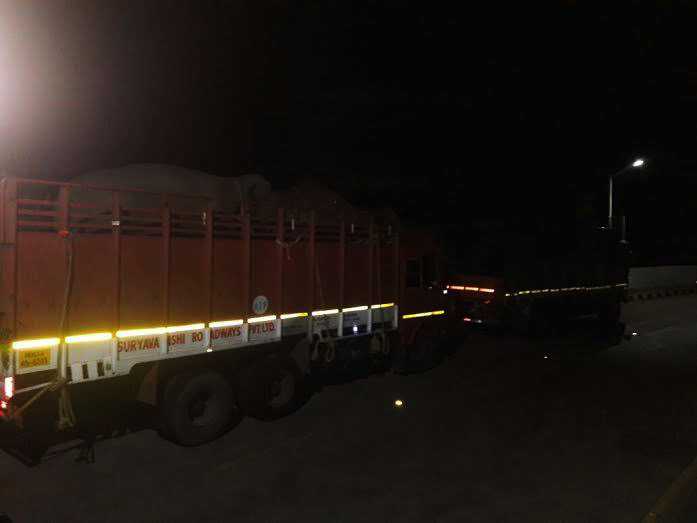 A nearly nine-hour standoff with a hostile mob from the circus followed, and we found our hearts breaking as Ruby, Pearl, Goldie and Sylvie were dragged back to the very place they had been rescued from. Although shocked and reeling from the loss, we are seeking legal recourse, and have also launched a petition to garner support for these elephants, educate the public about the cruelty inflicted on performing animals, and emphasize to the authorities how essential it is that these elephants be granted the freedom they need and deserve.
A link to the petition can be found here. Please sign it, and share it, use your voice to tell the Chief Minister of Maharashtra, the Chief Wildlife Warden of Maharashtra, the Police Commissioner of Pune, and the District Collector of Pune that a great injustice has been inflicted upon these elephants, and that it is only right that they be given the freedom, care and life they deserve (and got a brief, fleeting taste of post their rescue) after all these years of suffering.