Age at the time of rescue: 1 year old

Recognizable features: Three-limbed. Lost a limb to a snare trap

Favorite activities: Climbing trees, playing in the hammock or the pool

Special needs: Structural enrichments suited to Rose’s needs such as log platforms and hammocks have been erected in her enclosure

Background history: Rose was rescued by Wildlife SOS in 2016, when she was found in a terrible condition. The bear’s left front paw was merely a stub and medical examination later proved that she had been the unwitting victim of a vicious jaw trap. As her survival in the wild in that state was doubtful, she was brought to Agra Bear Rescue Facility for lifelong care. Today she’s a fit and healthy bear, with no medical issues, and can climb trees better than most bears living at the centre! Her best friends are Elvis, Bean and Bintha and she loves eating mangoes and watermelon in the summer and hot steaming porridge laced with milk and honey in winters.

At the tender age of one, Rose faced an unimaginable amount of physical pain as her front left paw was stuck in a jaw trap set by poachers. With timely intervention from the Wildlife SOS anti-poaching unit and Forest Department, Rose was rescued and she started her journey with us.

As a cub in new and unknown surroundings, Rose was initially a little apprehensive, but calm and cooperative nonetheless. She would often be found digging up insect mounds in her enclosure and giving into her curiosity to explore various, fun enrichments. Since the jaw trap severed the flow of blood in the veins in her paws, there was no other option but to amputate her affected front paw so as to avoid further infection.  Even with a missing paw, Rose has unmatched enthusiasm and a zeal for life as she runs around her enclosure with her dearest friends, Elvis, Bean and Bintha and enjoys climbing trees. It is as though one moment, you will find her digging around her enclosure for some hidden treasure only she knows of, and the next moment, she is atop a tree!

She loves basking under the sun, lazily rolling around in the mud, and shares a great relationship with her keeper who keeps finding new ways to make her happy, including bringing her favourite ripe, red watermelons to munch on. 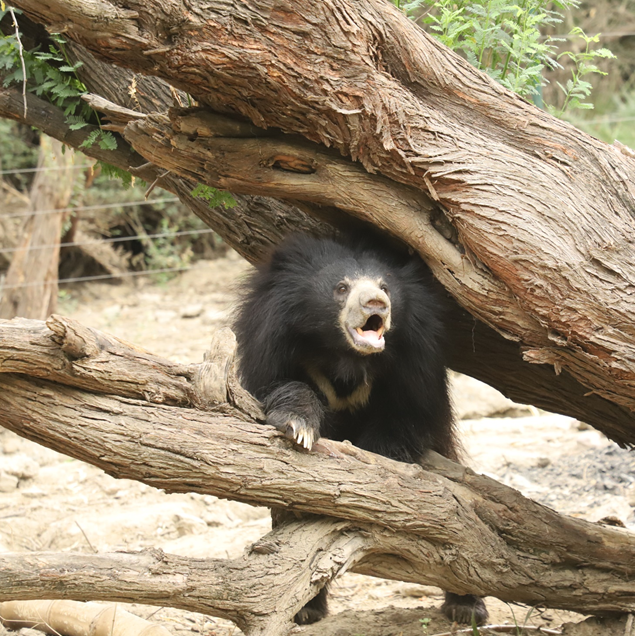 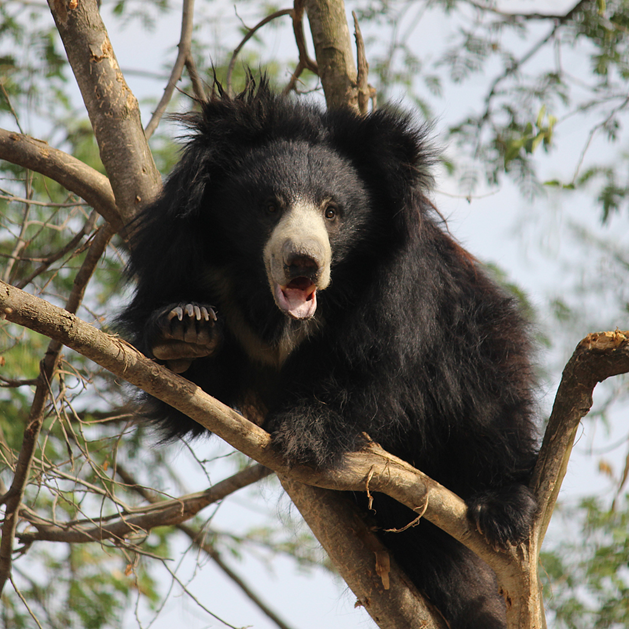 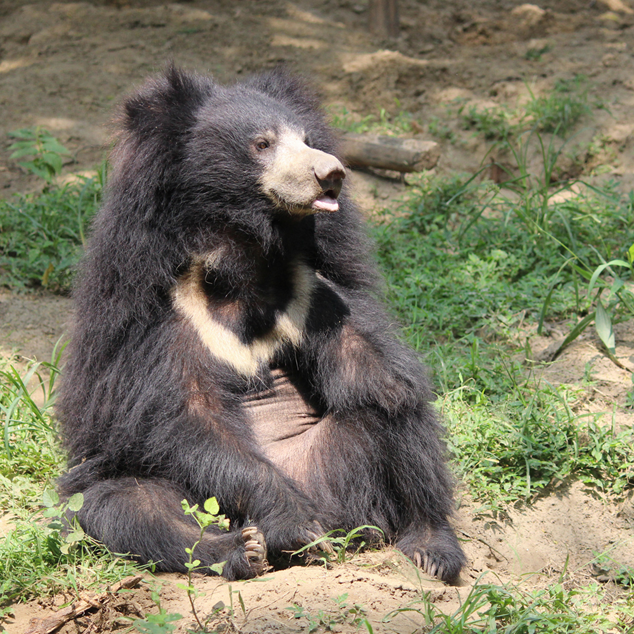