Considered as one of the most dangerous wild animals, Sloth bears have a reputation of being aggressive and unpredictable. Recently, the news of a Sloth bear attack on a couple in a Madhya Pradesh forest became a hot topic of discussion over the internet. There are chronicles of Sloth bear attacks available online as videos and blogs.

However, less is mentioned on what prompts the bears to attack. Today, let’s decode the reasons behind Sloth bear’s tainted reputation and how we can mitigate human-Sloth bear conflict.

Sloth bears are quite adaptive and occupy a wide range of habitats like grasslands, scrublands, dry, and moist tropical forests. However, their ability to also thrive near human habitation also makes them more vulnerable to anthropogenic risks. Continuing habitat loss pushes Sloth bears to frequent human-dominated areas including orchards, agricultural fields and even villages. This leads to numerous encounters with humans, creating a negative perception of the bears.

Sloth bears are myrmecophagous, meaning a large portion of their diet, roughly 50%, is made up of termites and ants. The other 50% of their diet is mostly made up of fruits, seeds and honey. Over millions of years they have evolved physical characteristics to help them feed on termites and ants including long claws for digging, protrusible lips and the loss of upper incisors (teeth) that allow them to suck up termites by the hundreds, and self-closing nostrils which keep termites out of their noses.

Though they can be active throughout the day, these bears are predominantly crepuscular (active during dawn and dusk) and nocturnal (active during the night). During the day, Sloth bears seek shelter in spaces like caves, under trees or bushes, or large rock crevices so they can get some sleep. In a significant research study by Wildlife SOS, it has been noted that Sloth bears have an “innate defensive-aggressive response to surprise (sudden) encounters” and this could be “due to having co-evolved with tigers, a formidable predator which opportunistically preys on Sloth bears”.

A Study of Sloth Bear Attacks

In order to develop safety messaging systems to reduce human-bear conflict, it is crucial to analyse these encounters. Wildlife SOS recently published a study (March 2022) that was conducted to understand the timing of Sloth bear attack by seasonal and time of the day, throughout the bears range in India and Sri Lanka. To undertake this study, WSOS not only looked at their own sloth bear attack study (published in 2020), but also sloth bear attack studies that have been conducted by other researchers throughout India and Sri Lanka.

According to the research, bear attacks were much higher in the monsoon season in most of the states except in the Deccan Plateau (Karnataka) and Gujarat, where attacks were more common in the winter. The cause of more frequent attacks in central India during the monsoons was related to the increased activity of people in the forests during that time of year. The higher number of attacks in Karnataka and Gujarat during winters were also found to be due to increased human activity in the forests. In other words, the frequency of attacks seasonally is related to human activity, not necessarily bear activity. The Kanha-Pench Corridor, although the only area where more bear attacks occur during the summer, also follow this same pattern. The summer is also the season with the highest amount of human activity in the forest. The summer in these forests is when the mahua flowers are gathered along with Tendu leaves. All across the sloth bear’s range, sloth bear attacks are correlated with the season that people are most active in the forest.

Researchers noted more encounters after sunset in the Deccan Plateau region. This differed significantly from other areas across the Sloth bears range where most attacks occurred in the morning and during the day. The researchers attributed this to the high occurrence of naturally occurring caves on the Deccan Plateau, and the bears tendency to use these caves as resting dens during the day. These caves reduce the bears’ odds of encountering humans or predators. In other areas, where caves are not present, or are rare, attacks were more common during daylight hours. This is likely related to sloth bears using the area under bushes or other places where a person wandering through the forest might unwittingly wake a sleeping bear.

People residing in and around Sloth bear habitats generally rely upon forests for their survival. They may sometimes venture into the wild to collect wood, water, or even non-timber forest products (NTFP). Sometimes, locals walk several kilometres into the dense thicket in order to collect fuelwood or graze their cattle. Edges of forests are commonly used by people for agricultural purposes. People access dense foliage to defecate too. These necessities undoubtedly increase the risks of Sloth bear encounters. With significant reliance on forests for income generation, a complete prohibition of entry into conflict-prone areas cannot sustain people’s lives. Thus, education and awareness are paramount to help people. With awareness, we can also inculcate a positive perspective about wildlife.

The messaging needs to be accurate and to the point. Rather than dispelling heavy information, a strategy of ‘less is more’ is essential for instant recall value. Cautionary measures like being alert and avoiding going into dense forests alone are essential guidelines, along with other regional specific safety messaging. For instance, in the Deccan Plateau, where attacks are less likely to occur during the day, individuals can be warned about bear activity during the night, instead of only being cautioned about the bears’ presence.

Sloth bear safety messaging also relies on the region’s bear and human activity, and how the bears have been adapting to varying environments. With data corresponding to the region, precautionary measures specific to the region can be formed keeping human and bear safety in mind.

With the gradual lessening of distances between the wild and the human inhabited areas, it is necessary that we learn to live in harmony with the wildlife that surrounds us. Safety messaging is a tool that can enhance awareness about the ecological importance of Sloth bears.

We are grateful to our supporters who have made it possible to help with this research that is going to help with the conservation efforts to protect these bears. 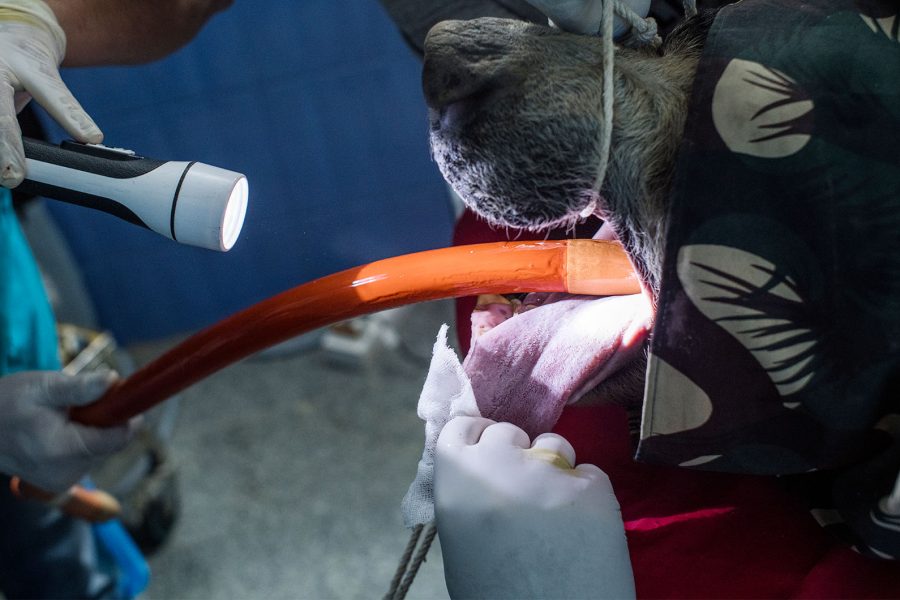 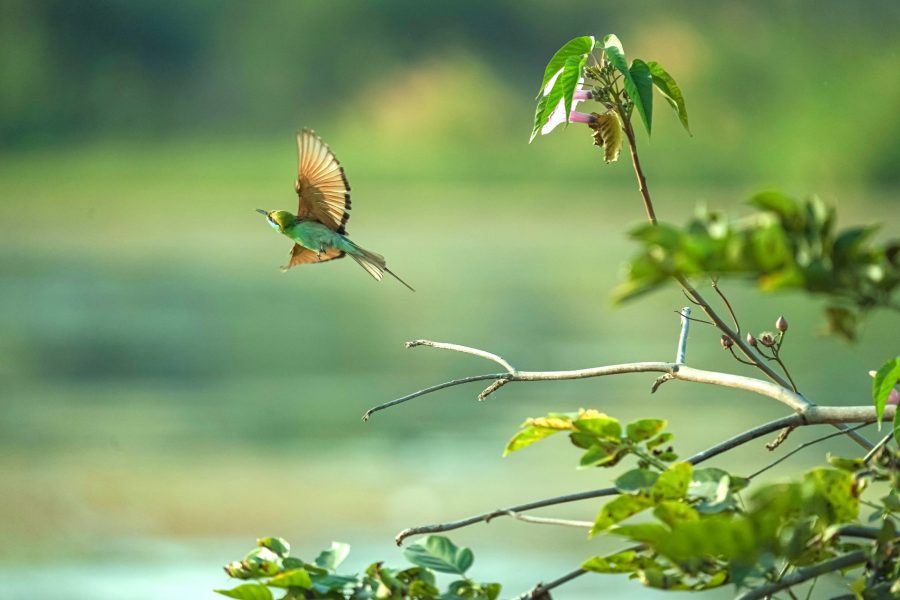 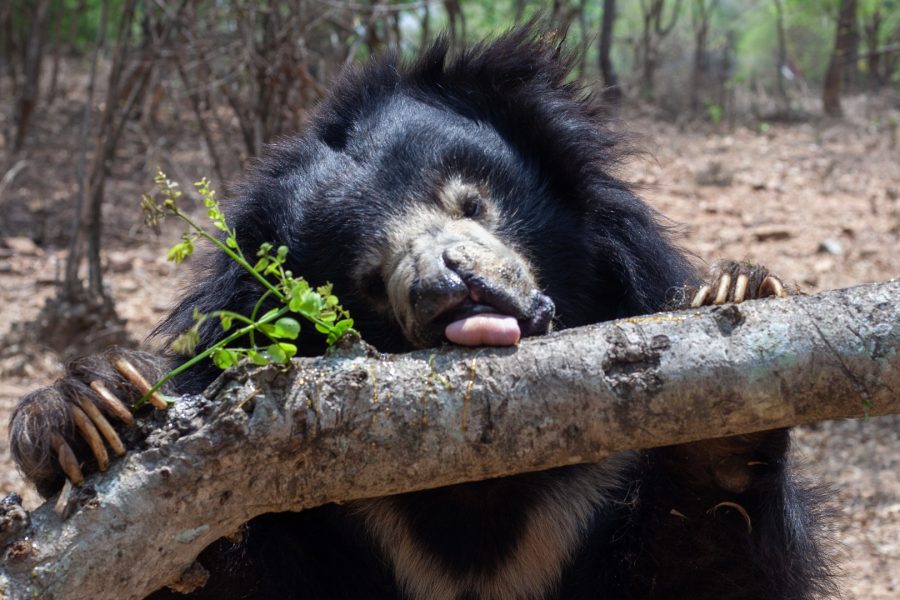