Wildlife SOS firmly believes that education and awareness is the key to the sensitization of people to wake them up to the plight of the fast depleting wildlife wealth of India. For this reason, the organization regularly conducts awareness and training programs for villages, students and forest officials. Two such programs were held recently in Junnar, Maharashtra, on the occasion of the visit of Mr. Thomas Sharp, a Board member of Wildlife SOS and a renowned wildlife ecologist.

Dr. Ajay Deshmukh, Senior Veterinary Officer at the Junnar leopard facility conducted two programs, accompanied by Mr. Sharp and Mr. Swaminathan, senior wildlife researcher with Wildlife SOS. Dr. Deshmukh first conducted a very detailed awareness programs for the residents of the Udapur village, Ottur range in Maharashtra. The village is a man-animal conflict prone region because of the adjoining forest areas which are leopard habitats. The villagers are often wary of the presence of leopards in their area and have several misconceptions about the animal which leads to an increase in the hostility and then lack of tolerance of the presence of the leopard. Dr. Deshmukh dealt with every local aspect of the situation in the area ranging from the importance of the leopard in the forest ecosystem to taking adequate precautions so that any untoward incident is averted. He explained to the village residents that a leopard living in their area for the past many years is acquainted with them and their habits and being a shy animal, will automatically avoid situations of confrontation. If the residents insist on relocation of the leopard to a new area, it will create disturbance and conflict situation in both its original range and its new location as its original range will now be occupied a new leopard who is unacquainted with the residents and that increases the chances of conflict. 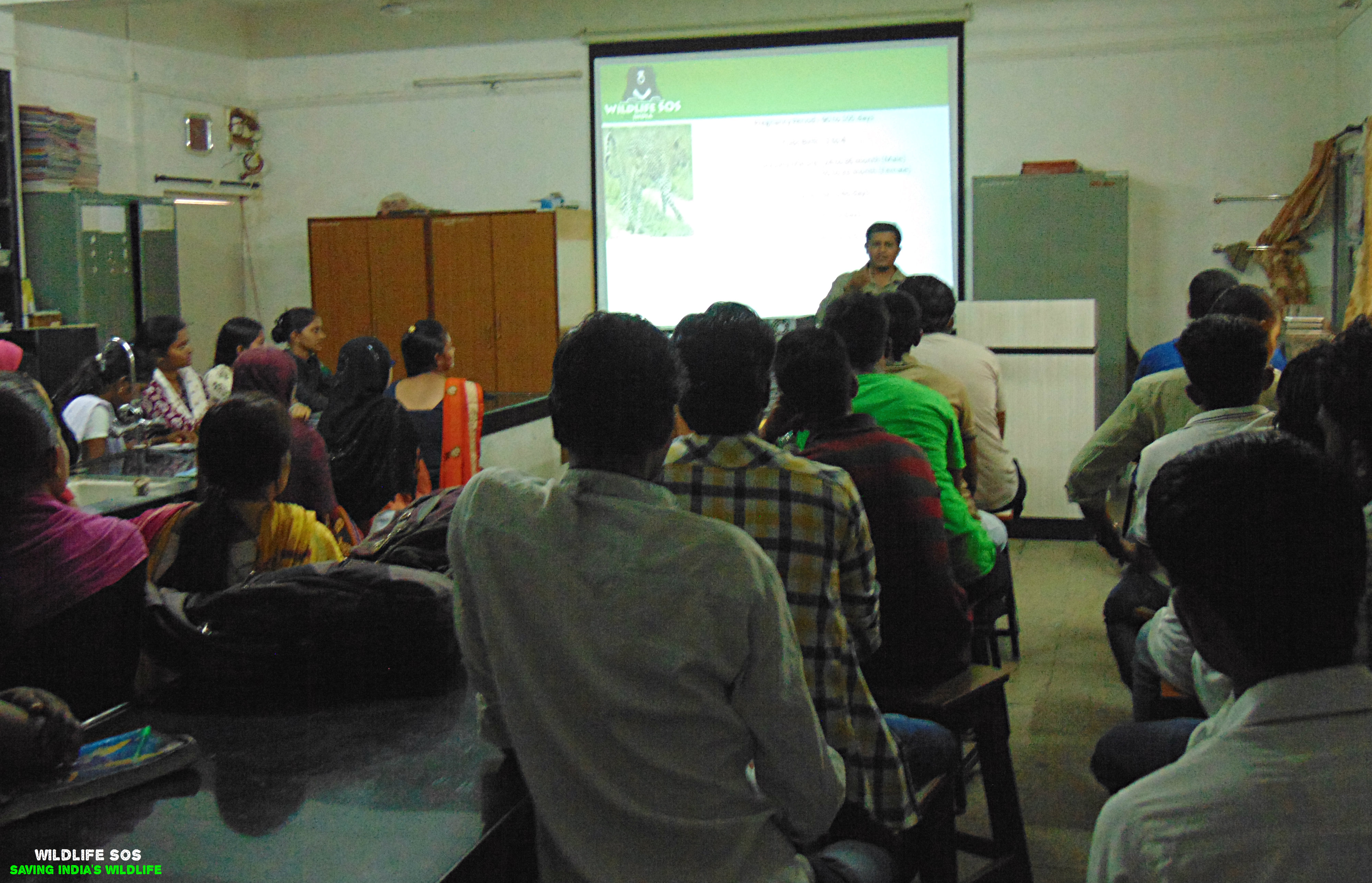 The villagers were also told to avoid taking the situation in their own hands in case they come across a leopard and to contact the forest department immediately. They were also told to take basic precautions like having someone on the lookout while working on the field, not letting children go out alone after dark and not sleeping outside during the summer months. The residents were a very keen and attentive audience and responded very positively to the program. They promised to take the necessary precautions which would help avert any situation of danger. 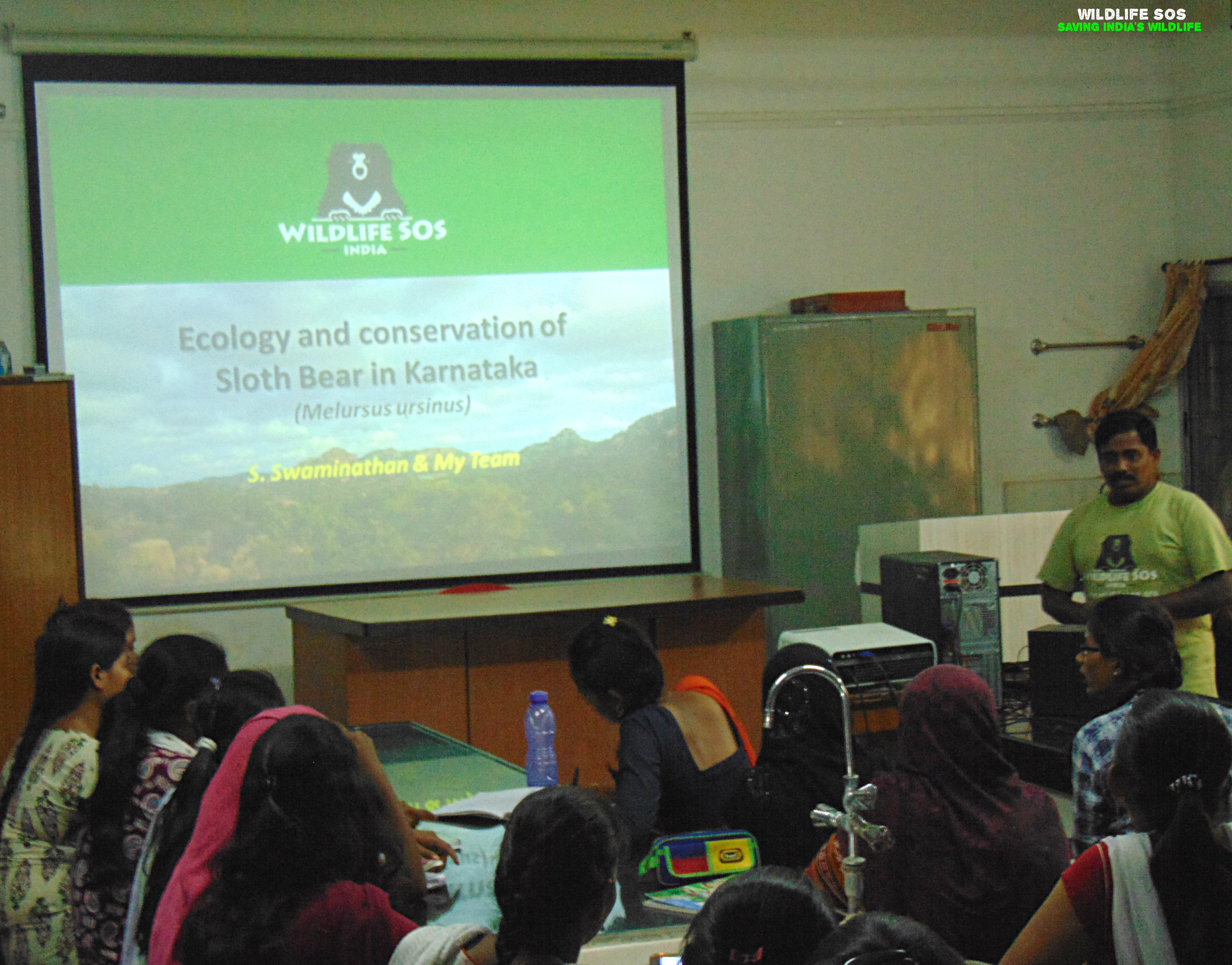 Subsequently, the team travelled to Shri Chatrapati Shivaji College in Junnar to meet M.Sc (Zoology and Environment) students and give them an insight into the biology and behavior of leopards, sloth bears and elephants. While Dr. Ajay discussed the various aspects of leopard biology in detail, Mr. Swaminathan talked at length about sloth bear and elephant biology and behavior which evoked great interest in the students. Mr. Thomas Sharp also enlightened the students with his awe inspiring knowledge on sloth bears and stressed on the conservation of these three species, all of whom are listed in Schedule 1 of the Wildlife Protection Act of 1972. He inspired and encouraged the students to take more interest in the study of wildlife as the field has great scope and requirement of further research. The students felt highly motivated and their curiosity, eagerness and concern for the welfare of these species gave us great hope that our future is in safe hands.