In 2008, the Wildlife SOS team rescued a timid little sloth bear from a Kalandar family in Andhra Pradesh. The bear was a little over nine months old but physically she appeared to be much younger owing to her tiny, gaunt frame. Lack of a healthy, nutritious diet coupled with unfavorable living conditions and neglect for her general well-being had left her in a rather pitiful state.

She was later brought to the Agra Bear Rescue Facility for lifetime care and treatment, where our team decided to name her Sonia.  With a new name and a new lease on life, it wasn’t long before young Sonia grew out of her initial apprehensions and gradually transformed into a strong and happy bear.

Today, eleven year old Sonia gets along well with the other bears in her enclosure and is known to be quite active and playful. She thoroughly enjoys the company of her closest friends Muskan and Ruthika. Though she has bonded well with her keeper Ishrafil and is comfortable with our staff, Sonia remains wary of unfamiliar faces. If a new bear keeper or any visitors approach her enclosure, she expresses her dislike by mock charging at them or by rattling the gates to her den. 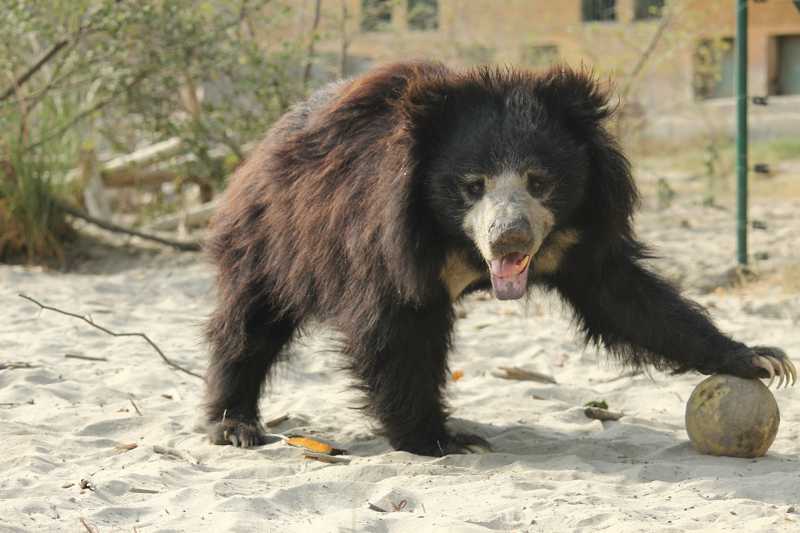 Over the years, Sonia’s keeper has noticed that she has a peculiar habit of playing with her food before devouring it. She enjoys tossing coconuts across her den like a football before cracking them open with her sharp claws and gobbling the large chunks with gusto! Honey enriched treats and watermelons are her favorite and they work wonders for days when she is grumpy and needs a little pick –me –up from her keeper Ishrafil.

Sonia enjoys playing with enrichment balls, climbing trees and bamboo platforms and has currently taken to splashing about in the pool to beat the heat! Due to the rather harsh weather condition in Agra during the day, Sonia prefers spending more time inside her den where she can sleep peacefully in front of the air cooler. She is mostly active during the early hours of the day or post sun down. 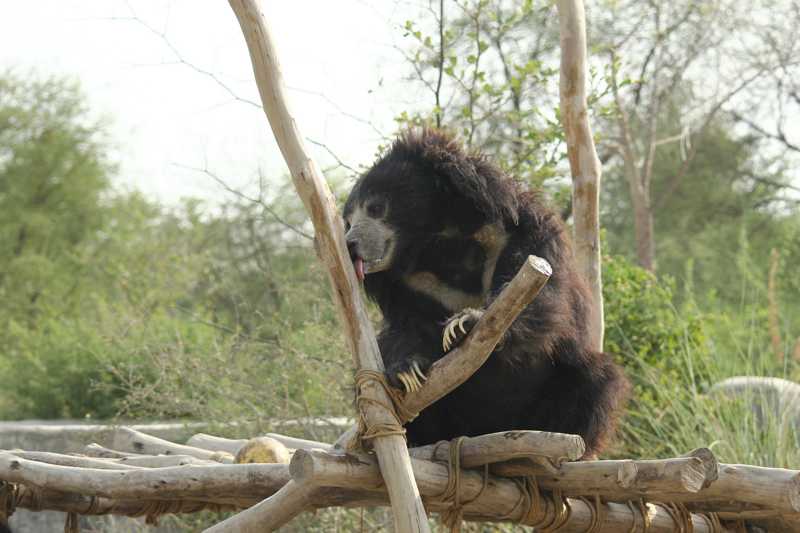 It is difficult to imagine that Sonia would have still been leading a tortured life had it not been constant support and encouragement to us in our endeavor to give these bears a better life. If Sonia is a healthy and happy bear today, it is because of you, your love and your immense generosity towards this cause. 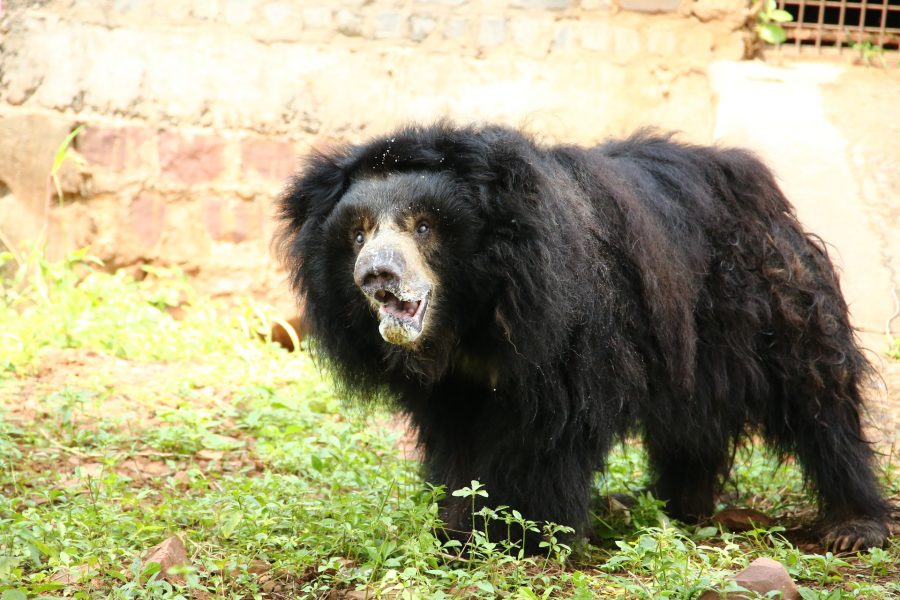