During the hot, sultry summer month of June, a team of experts from Wildlife SOS and the Chhattisgarh Forest Department comprising of field biologists, elephant trackers, veterinary staff and forest rangers arrived to defuse an extremely tense situation at the villages of Mahasamund, Chhattisgarh. The gravity of the task awaiting them was no secret, for radio-collaring three wild elephants- a matriarch of ten elephants, and two tuskers is easier said than done. Much to their dismay, after days of back-breaking hard work they were not able to successfully radio collar any of the elephants.

However, every failure comes with an important lesson: our team was able to get better insight into the challenges that they were likely to face on the field when carrying out the actual tranquilisation and subsequent radio-collaring. The team was left with the golden opportunity to sit down and critically analyse their initial plan and with lessons from the field, create a new blueprint for their next attempt at collaring, that would continue to ensure the safety of the vulnerable animal and the team at work. 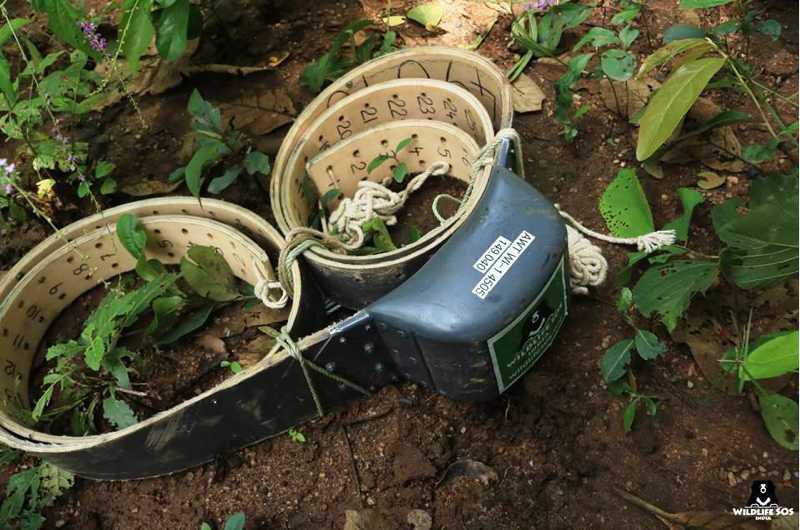 Our trackers continued with their work: tracking the elephants of Mahasamund and making thorough notes about their behaviour. With the onset of monsoon season, the mercury had fallen to comfortable levels and the trackers observed that the elephants were now venturing out from the heart of the forest. This was the opportunity that the radio-collaring team had been waiting for!

The essential drugs, equipment and gear were quickly packed and the team made the tiring journey from their various workstations to finally reach Mahasamund on the 17th of September. Upon arrival they were met with the weary, yet hopeful faces of the villagers who emphasised that they are in dire need of a solution to save their crops: their hard-work, their livelihood. Knowing that the villagers had faith in the team proved to be quite a motivation booster, especially when the challenges appeared unscalable. 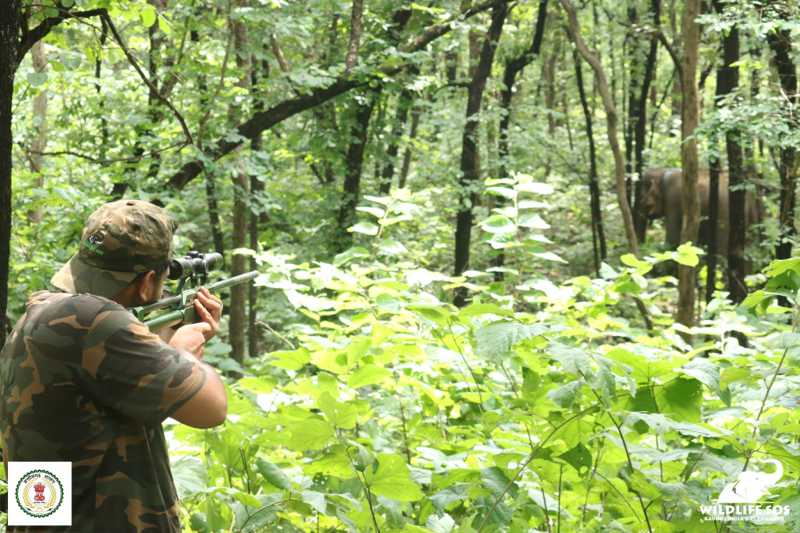 As such the team decided that it was best to channel all their energy into focussing on collaring the matriarch. It seemed as if nature too was agreeing with their plan, for on the fateful day of 22nd September, the field conditions improved vastly. Thanks to the beaming sun, the visibility was good making it easier to track the matriarchal herd. At about 6km from Murumdih village, the herd was spotted resting, basking in the morning sun. The tranquilising team, realising that it was a golden opportunity, carefully shot a sedative-laced dart at the matriarch, Van Devi, queen of the forest. Now all that was left to do was to patiently wait for the sedative to show action.

Van Devi showed great resistance to the drug and walked for another 1.5km, as our team followed her cautiously before she slowed down, indicating that the sedative had finally entered her blood stream. While a few team members kept an eye on the herd at a distance, the other team members steadily covered her eyes so as to not stress the matriarch. The team quickly mobilised themselves and with much care the collar was fitted onto Van Devi’s neck, making sure that her comfort in any way was not compromised. The entire procedure took an hour and 15 minutes, following which Van Devi was administered with an anti-sedative dose. Needless to say, she quickly rushed to join her herd, who had been keenly watching the entire procedure from afar. 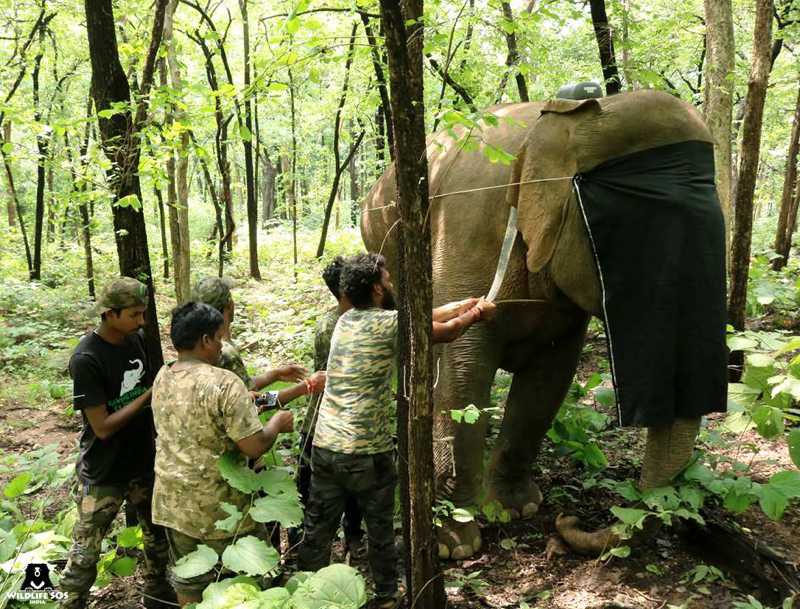 With the successful collaring of the matriarch, one of the important components of the project has been ticked off from the list, but there is still a long way to go. The team will return to Chhattisgarh again to collar the bulls, once the threat of the looming rains is over and the lonely tusker is out of musth. Meanwhile, the critical work of community engagement will continue to update the villagers about the progress of the project, addressing their concerns and answering their questions. The trackers will now divert their attention into tracking the bulls and studying their behavior.

We would like to congratulate our entire team for the successful collaring of the matriarch along with the Chhattisgarh Forest Dept officials who played an important role in making this a success!