Just under an hour’s drive away from the chaos and crowds of India’s most popular tourist attraction, the Taj Mahal in Agra, is a green oasis of calm – the Sur Sarovar Bird Sanctuary – home to a rich variety of flora and fauna. At the heart of the sanctuary is Keetham Lake, whose vast shimmering blue waters hide a startling array of fish, turtles, reptiles and aquatic fauna, while also supporting the sanctuary’s ecosystem, in particular the resident and migratory birds that attract visitors and birdwatchers from around the world. The Wildlife SOS Agra Bear Rescue Facility, which currently houses 210 rescued and rehabilitated sloth bears, is also situated close to this biologically diverse wetland ecosystem.

Last week, the tranquil blue waters of Keetham were ravaged by orange flames and dense grey smoke as a devastating forest fire, caused by a spark of the high-tension wires that pass through the sanctuary, to provide electricity to the neighbouring villages, rampaged through the peaceful haven, devouring anything in its path.

The fire took five hours to get under control, and the forest department is currently accessing the extent of the damage caused by the blaze and number of animals that were affected by it but the trail of destruction it left in its wake was plain to see. Among the scores of plants and animals that lost their lives in the fire, the local Forest Department also recovered the charred body of a python, nearly ten feet long.

Even days later, victims of the massacre continue to be discovered, the most recent and heart breaking of them all being the joint discovery of two orphaned babies – a hog deer fawn and a wild boar piglet.  Most likely orphaned by the fire, the babies were left defenceless, with no herd or mother to protect them or feed them- and were understandably starving, dehydrated and terrified. In addition, the piglet had sustained an injury on its forelimb and with some bleeding on its hoof, likely while struggling to escape the disaster that claimed its mother. 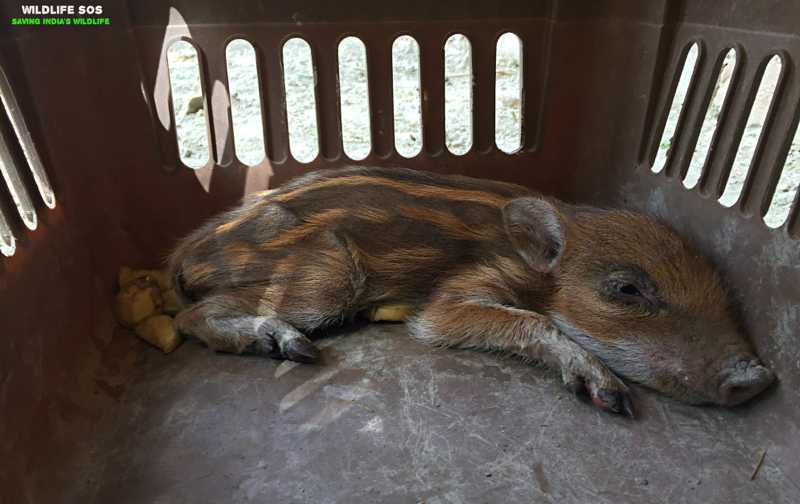 Dr. Ilayaraja S. is the senior veterinarian at the Agra Bear Rescue Facility, which luckily remained untouched by the destructive flames that night. The Wildlife SOS vet was on duty when the Wildlife SOS rescue team brought in the trembling, tiny orphans, and he began treatment immediately.
“In addition to their weakened state, and the hoof injury, the boar piglet’s eyes were badly affected, possibly due to the smoke or a resultant infection and the resultant discharge has made it difficult for it to opens its eyes.” He tells us. 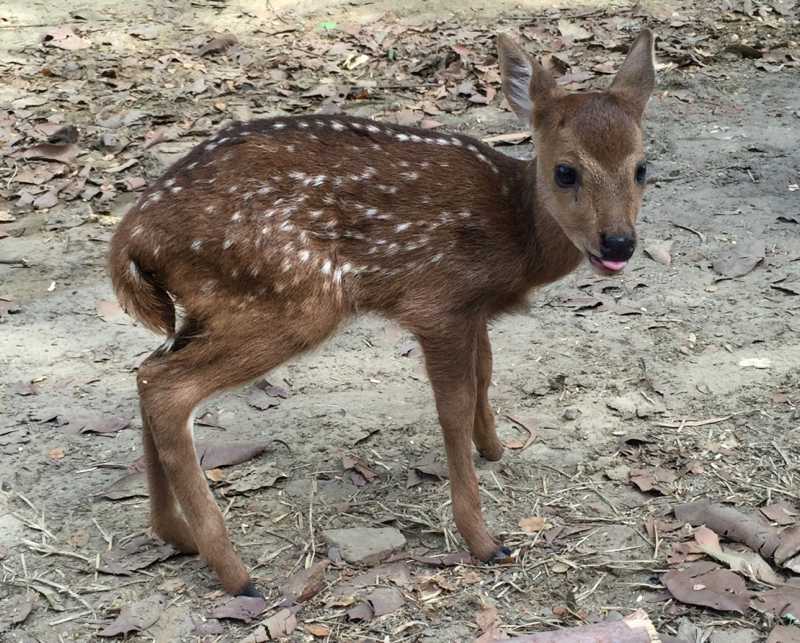 We at Wildlife SOS count ourselves immensely lucky that our wonderful rescued animals and the dedicated staff that cares for them were spared that night, but it breaks our hearts to know that so many lives were lost or adversely affected by the fire. As always, our doors are open to any animal that needs our help, and will be caring for and nurturing back to health any animal suffering in the aftermath of the disaster that is brought to us.