Nestled in the river basin of the mighty Mahanadi river, the district of Mahasamund has found itself faced with a unique and complicated dilemma. The region had not seen any wild elephants till a few years ago, when not one, but nineteen elephants wandered into the area and decided to make it their home. The elephants were faced with unfamiliar territory, and the human inhabitants were faced with an unfamiliar situation, as the large animals wandered out of the tiny fragmented forest they had decided to occupy, crop-raiding and coming into conflict with the residents.

Rising destruction of livelihoods and human casualties put mounting pressure on the local Forest Department, with everyone grappling to deal with an unprecedented conflict situation that they were therefore ill-equipped to handle. Caught between the ire of the locals and a desire to save the elephants, the officials considered trapping, relocating or capturing the elephants and keeping them captive rather than risk retaliatory killing of the elephants by the locals. Hoping to offer a sustainable strategy to mitigate the rising conflict, before the situation got further out of hand, Wildlife SOS agreed to help the officials by implementing a Human-Elephant Conflict Mitigation project in the area.

But first, we needed to know more about the lives we were dealing with. Surveys commenced amongst the nearby villages to delve into the socio-economic factors affecting the conflict, and to understand these elephants and their behavior. With exploding populations and shrinking forests, human-elephant conflict is hardly unheard of in India, but each situation in each place has different triggers and must be dealt with as such – so a comprehensive understanding of the situation is the best strategy to start off with, to help develop a mitigation plan and protocol that has a long-term sustainable impact and allows a coexistence of the elephants and the villagers. 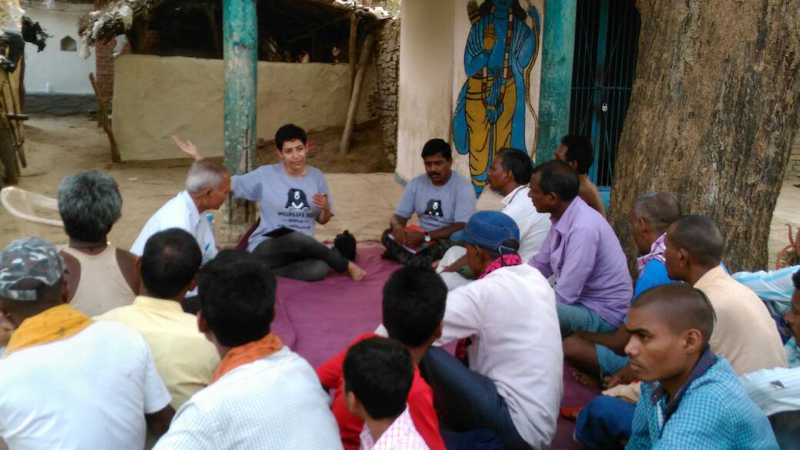 The elephants’ origins were unknown, but preliminary talks with the occupants of local villages led the team to believe that the elephants were most likely from the neighbouring state of Orissa, and had likely been driven out of and further and further away from their home by conflict and rising anthropogenic stress. At the time, 16 elephants in the herd sought desperate refuge in the region, and a solitary bull tusker arrived soon after. Since their arrival in Mahasamund, two females in the herd have given birth, and the young bulls in the herd are gradually coming of the age where they must separate from the herd. 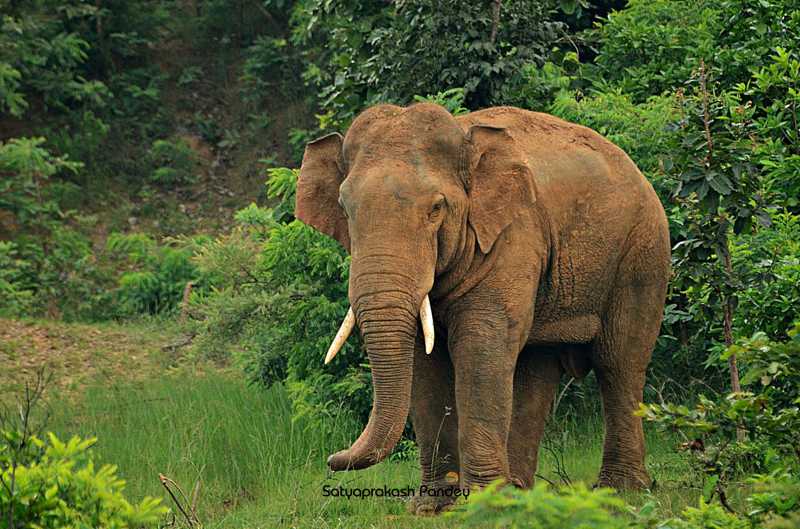 The Wildlife SOS team of biologists in the area needs to understand the elephants’ movements better, and to map out their routes, to be able to understand the underlying cause of the conflict and to be able to predict conflict encounters ahead of time. This in turn will allow us to set up an early-warning system to give people time to prepare for a possible elephant raid in their fields and to prevent human casualties. We’ve been talking to the locals and the forest officials and collating data on the extent of damage, and the possible causes of the conflict, to enable us to come up with a sustainable solution to the problem. But we need to radio-collar three of the elephants – the matriarch of the herd, the solitary tusker and one of the young males who is gradually separating from the herd. We’re training a team of trackers to keep tabs on the elephants, and the collars will be a huge asset to this process. The trackers use the information of the elephants movement and whereabouts to predict conflict encounters and alert a team of volunteers and frontline staff of the Forest Department stationed in the relevant area to be on guard for elephants, thereby seriously reducing the risk of accidental deaths.

Controlling conflict is the only way to save these elephants from death or the threat of captivity – and the radio collars are the key first step in the process. If you would like to help us keep the elephants of Mahasamund alive and safe, you can contribute to the purchase of the collars and the mitigation work we are running in the area at this link.