Wildlife SOS recently conducted an Education and Awareness program on Wildlife Conservation and Mitigation of Man-Animal Conflict in collaboration with the Jammu and Kashmir Wildlife Protection Department (Central Division) for the students of Bemina Degree College and Government Degree college for Science and Commerce. The program was chiefly aimed at the sensitization of young minds towards the cause of wildlife conservation so that they could carry forward the task of saving JnK’s precious wildlife wealth and assist in the mitigation of man-wildlife conflict by helping spread awareness among the local population.

The interactive sessions were attended by students in Environment and Ecology groups in the above mentioned colleges and also members of the National Service Scheme along with the staff and teachers. The students were taken around the National Park at Dachigam to give them a first-hand experience of nature and wildlife. They were made aware of the floral and faunal diversity of the park and the various factors that are crucial for the sustenance of this biodiversity. They were also enlightened about the unbreakable bond between human beings and nature and how important it is to maintain the balance of the ecosystem to prevent catastrophic consequences. 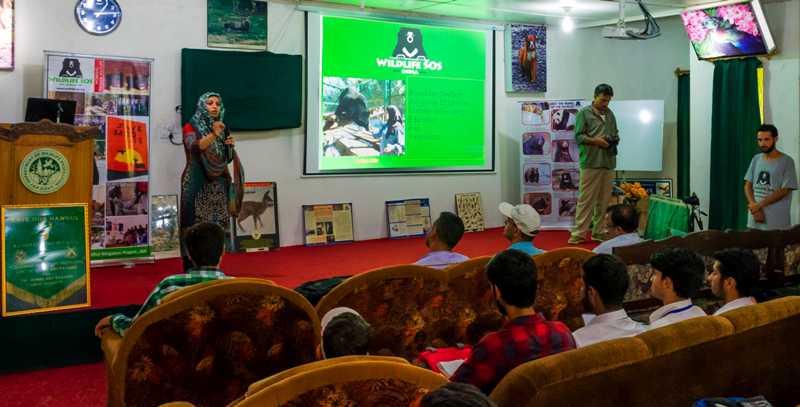 Wildlife SOS Education Officer, Ms. Aaliya Mir talked at length about the crucial importance of conservation of wildlife and the management and mitigation of human wildlife conflict prevalent in the region. She discussed the various reasons responsible for culmination of such conflict situations and their management and minimization. Ignorance and misconceptions are one of the biggest causes of these unfortunate confrontations and these were the primary subjects of discussion. Ms. Aaliya encouraged the students to help create awareness about the issue in their neighbourhoods and become volunteers and ambassadors for the cause of wildlife conservation in the state of Jammu and Kashmir.

Deputy Conservator of Forests (Central Division), Mr. Imtiaz Lone also gave a talk to the students about the importance of wildlife and its conservation. He also encouraged the students to become active participants in the effort to protect Jammu and Kashmir’s and India’s unique wildlife wealth. The students were a very enthusiastic and keen audience and actively participated in the session. Since a number of these students had experience the conflict situation themselves, they were keen to know about the steps that should be taken in case a wild animal accidentally ventures into a human habitation. In response to these queries, Ms. Aaliya held a detailed discussion on how to handle these emergency situations and make timely contact with the forest department and Wildlife SOS to rescue the animal as soon as possible. Mob control is a very important part of these rescue operations as crowds can significantly hinder the work of rescue staff which can result in untoward incidences. The students were also shown two movies regarding crowd control which helped them understand the issue in depth. 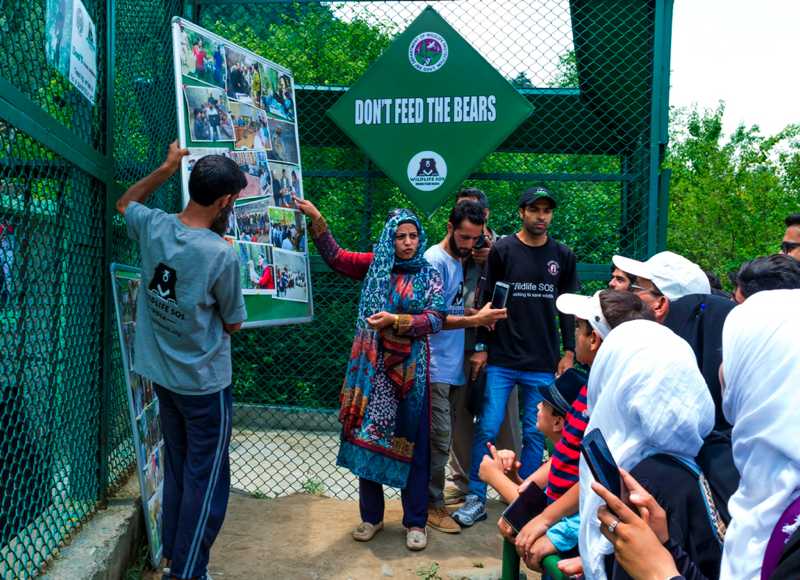 The program helped make the students more aware of the environmental issues around them and they quickly signed up as volunteers for the various conservation awareness sessions, cleanliness drives and habitat restoration projects being undertaken by Wildlife SOS. It warmed our hearts to see so many young people join the cause and strengthen the movement to save India’s priceless wildlife.