Just months after an adult male hyena was found trapped in a deadly jaw trap set up by poachers in Phulpur village located in Agra, another hyena fell victim to this barbaric hunting device in Karahi village, earlier this week.

The animal had wandered into the village from a neighboring forest, unaware of the deadly trap that lay waiting for it. In a desperate attempt to flee from the poachers who were pursuing the injured animal, the hyena took up refuge inside a culvert. It wasn’t long before the terrified animal was discovered by local farmers. Shocked by the sight of the jaw trap clasped painfully around the hyena’s left hind limb, they wasted no time in alerting the Forest Department of this rather unfortunate incident. The forest officers in turn contacted our Agra Bear Rescue Center and a team consisting of three trained staff members along with two forest officials rushed to the location. 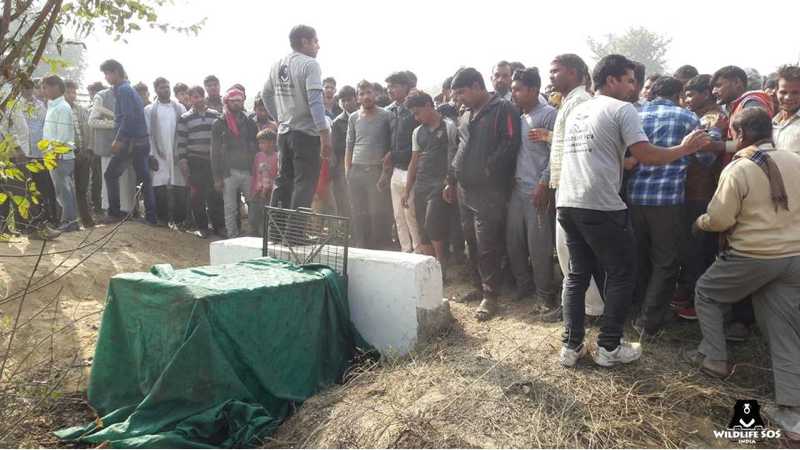 After assessing the situation, a rescue strategy was set in motion to gently lure the injured animal out of the drain. To ensure it would not drown inside the drain, a submersible motor pump was inserted into the other side to drain out the water. Rescues like this one can be exceptionally nerve-wracking as both the safety of the public and the animal needs to be kept in mind. With a huge crowd of nearly 500 people gathered around, the rescue was extremely challenging. 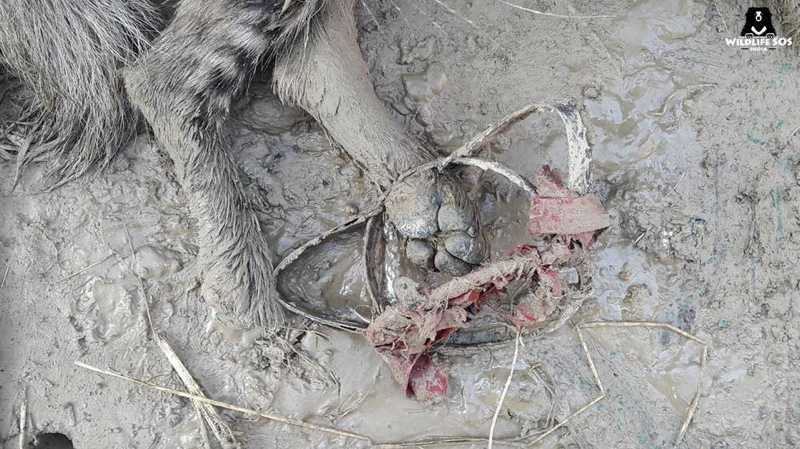 It took over two hours for the rescue team to safely extricate the hyena and as it was under excruciating pain, we had rush to the Wildlife SOS animal hospital for immediate medical intervention. Our veterinary team identified the hyena as a male of approx. seven years. A thorough examination revealed severe damage to soft tissues in the hind leg caused by the jaw trap. We are currently providing medical treatment & intensive care and hope the animal can recover. However, the prognosis looks grave and will depend on how the animal responds to treatment. 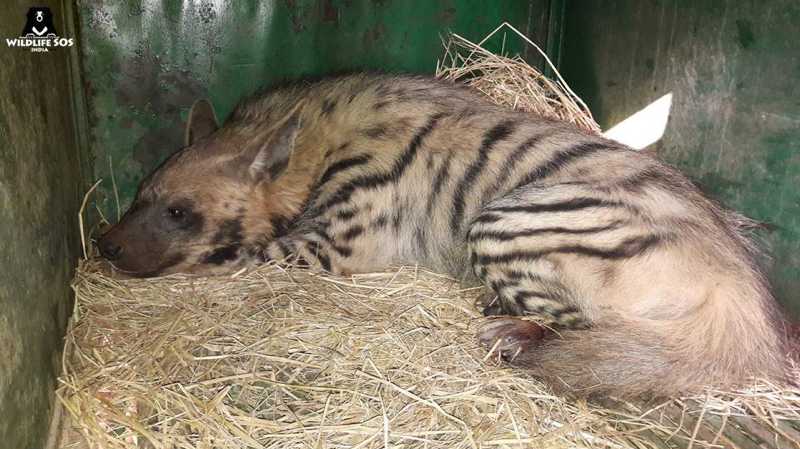 This poaching incident comes as a shock to us and indicates that the poachers are getting bolder by the day and there is a need to crack down on poaching of wildlife. There is also a need to educate the local public about the illegality of such offences to empower the people with knowledge about the law.

The Striped hyena (Hyaena hyaena) is protected under Wildlife Protection Act 1972.The forest Department will be investigating this matter and necessary legal action will be taken against the perpetrators.