Just weeks after a young 9 month old male brown bear was rescued from the Amarnath Yatra pilgrimage campsite, another brown bear was reported in Sonamarg, Jammu & Kashmir by the locals, frequently killing livestock and raiding crops. Identified as a male of approx. 3 years, the bear was immediately rescued by the Wildlife Protection Department and released back into a neighboring forest reserve. Sonamarg is located near Thajwas Wildlife Sanctuary which is home to some rare and endangered wildlife species such as Himalayan brown bears, snow leopards, red fox, ibex, musk deer to name a few.

However, the bear soon returned to the area as it had become habituated to human settlements and had grown dependent on crops and livestock for food. Consequently, it became likely for the bear to become a victim of retaliatory killing by the locals. Thus, the Wildlife Protection Department thought it best to place it under our care at the Bear orphanage & Rescue Center in Dachigam. The Wildlife SOS team is already providing lifetime care for the young brown bear that was rescued from Amarnath at the Pahalgam center and has now been handed the responsibility of taking permanent care of the adult bear at our second bear rescue center located at the foot hills of picturesque Dachigam National Park. 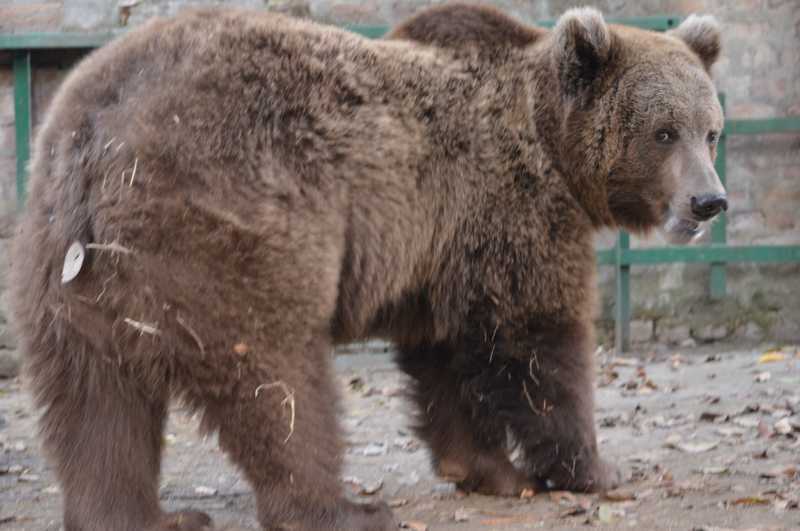 In recent years, problems related to human wildlife conflict has escalated in the state of Jammu and Kashmir, particularly pertaining to wild bears. With rapid human encroachment, loss of habitat due to the timber industry and forest fires as well as depletion of prey base, animals inhabiting forests and natural reserves have been forced to venture out into human settlements in search of food. Brown bears are good hunters with heavy appetites and tend to eat to their full potential before going into hibernation in winter. However, with easily available food sources to rely on, they begin to lose their natural instincts and do not find the need to hibernate during the scarce winter months.

We are grateful to the Wildlife Protection Department for entrusting us with the lifetime care and treatment of the two rescued bears. Himalayan brown bears are found only in high altitudes ranging between 5500 ft to 14000 ft above sea level. They are almost on the brink of extinction due to rapid habitat loss, man-bear conflict situations, militancy and poaching for its fur, claws and organs.

Of the eight bear species distributed across the world, India is home to four bear species -the Himalayan/Asiatic black bear (Moon bear), Sloth bear, Himalayan brown bear and Sun bear. Himalayan brown bears (Ursus arctos isabellinus) are distributed across north-western and central Himalayas including India, Pakistan, Afghanistan, west China, Tibet and Nepal. This species is listed as ‘Critically Endangered’ under the IUCN Red Data List and is protected under Schedule I of the Wildlife Protection Act, 1972.

The Week That Was: Jammu and Kashmir