In April 2015, 6 year old Peanut  became the youngest elephant ever to be rescued by Wildlife SOS. Peanut was part of a group of four young elephants that had spent the entirety of their lives performing in a circus in the Indian state of Maharashtra. When not being made to perform demeaning and often dangerous tricks for the amusement of the circus audience, Peanut and her three companion elephants, were tightly restrained by all four legs, standing for days on end in their own filth and grime, with limited access to food and drinking water. The indoctrination process for any elephant into captivity is rife with torture and neglect, and this is especially so for circus elephants to make them not just subservient to their human captors, but to forcibly make them perform tricks that are both scary, painful and uncomfortable for the animals. Circuses are terrifying places for elephants that are moved frequently and in less than adequate conditions as the circus travels from one place to another.

For an elephant as young as Peanut, the memory of her cruel training was likely still fresh in her mind, and the abuse ongoing every day of her life. Her separation from her mother, with whom she would have stayed for her entire life had she not been deprived the chance at life in the wild, would also be impossible for this young calf to forget.

When the circus that had held Peanut and the other three elephants was shut down on grounds of criminal activity, Wildlife SOS rushed in to make sure that these four wonderful elephants had a safe haven to go to. And that’s how Peanut became the youngest elephant to call the Wildlife SOS Elephant Conservation and Care Centre, Mathura, her home!

The last two years with Peanut have been an absolute delight, watching her learn and grow, and most importantly finding her place in a herd among the older elephants at ECCC. Of course Peanut’s first few days were confusing for her, and she stayed close to Coconut, the 12 year old with whom she had been rescued. But Peanut’s incredibly quick mind soon grasped the fact that she would not be hurt while at ECCC and that the staff at the centre was dedicated to ensuring she was safe, healthy and happy. Realisation dawning on her, Peanut’s true personality quickly came to the surface, and all of us were in for a big surprise as we soon realized we were grappling with the naughtiest and most energetic elephant on our hands! 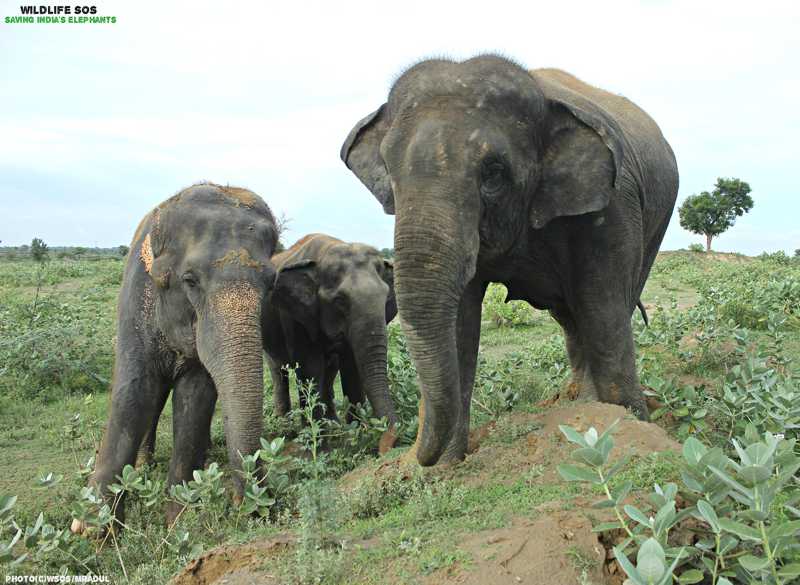 Her penchant for all things adventurous and naughty, as well as a healthy curiosity, meant that she would also randomly run off while on her walks to chase anything she considered fair game, which was basically anything smaller than her – from peacocks to wild antelope to butterflies!

Luckily, Peanut had by this time found a herd, and been lovingly integrated into the family by the matriarch – Asha. Asha, whose name means ‘hope’ took it upon herself to help this young baby settle in, as well as to keep her in line! This means that when this little elephant decides to wreak havoc while out on her walk, a single authoritative trumpet from Asha will immediately get her attention and bring her trotting back to the herd without a fuss!

Peanut discovered the joy of using her immense elephant strength to destroy things – tearing into tyres and toys that were given to her, and pummeling head first into the mud beds that are so diligently made in her enclosure every day.  Even in the pool, Peanut’s favourite hobbies are desperately trying to drown her floating tube toy, or waving her trunk wildly about before smashing it into the water to send a powerful spray onto anyone within the radius of her little water fountain! 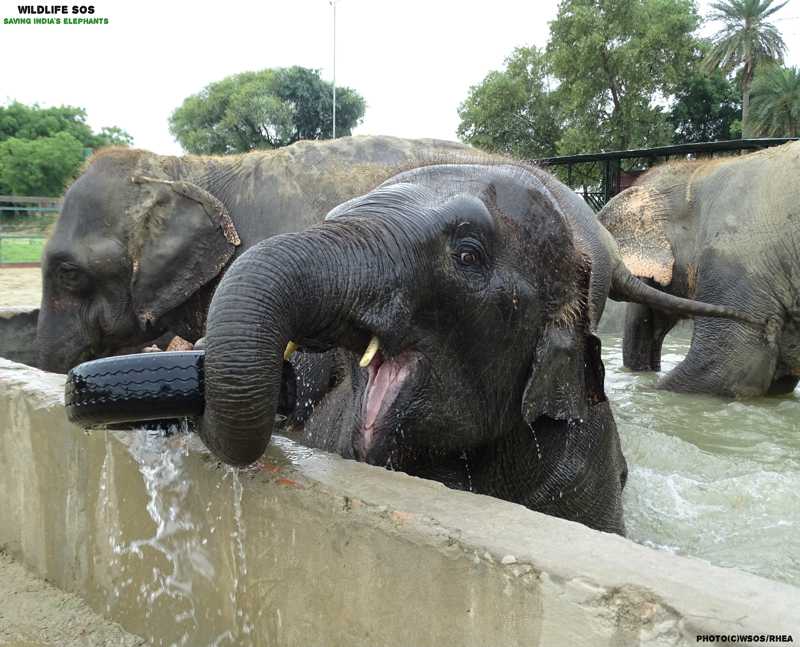 Since Peanut is one of our more boisterous and playful youngsters, with an unquantifiable amount of playful energy, it’s always great fun coming up with and implementing new and exciting enrichments for her to play with, with the added benefit of knowing that enrichments keep her mind and body active, and keep her both mentally and physically fit.
Watching Peanut use her enrichments also gives us some valuable insight into the way her little mind works – as we watch her desperately try to come up with the most destructive way to reach the food treat generally hidden in the enrichment, and then eventually using her amazing intellect to come up with a strategy to get to the food.

On World Peanut Day, we thought we’d take a moment to celebrate this nutty little delight that entered our lives two years ago and has since become one of the most loved elephants in our care!