It has now become the norm to open the newspaper and read horrifying news of elephants dying due to unnatural, anthropogenic reasons. This normalisation of unnatural deaths of elephants in India is alarming to say the least. The population of Asian elephants over the last ten decades has decreased by 80% and with a population of 23,000 to 27,000 Asian elephants India remains the last stronghold of the species. Thus, the survival of the entire species is critically linked with its survival in India.

India owes its rich natural wealth to its majestic elephants. They are the creators of forests; they are ecosystem engineers and their sharp senses that dig earth to find water helps all other species survive in the jungle. However, today, the situation for elephants in India is worrisome and painted with gloom and doom. To meet the requirements of an increasing population and to deliver on its ambitious economic goals, the rich wildlife of India is slowly being sacrificed and succumbing to anthropogenic pressures. As a result, the elephants are losing their all- they are losing their habitats, they’re losing their familial herds, their natural instinct and need to freely migrate long distances is being taken away. We wonder- are we snatching away from our elephants the chance to just be elephants?

Elephants in India are ailing. Their ailments are the mindless creations by humans:

Being large animals, elephants need a lot of continuous space for their comfortable existence. An increased anthropogenic pressure has pushed these pachyderms to a range of mere 86,000 sq. km of disconnected patches. Moreover, out of the 88 identified elephant corridors in India, 21 have railway tracks running through them! The knowledge of these corridors is passed on between elephants from generations to generations, thus walking through these corridors is a natural instinct for these majestic animals. As the resources in their fragmented pockets become scarcer, these elephants are pushed to cross railway tracks in search for food often to meet their fatal end!

It comes as no surprise then that since the year of 1987 to July 2017, 266 elephants lost their lives. This year itself till June, at least 15 elephants were killed! It would be naïve for us to expect for these elephants to cease walking through their historic corridors as we humans continue to invade their rightful space. 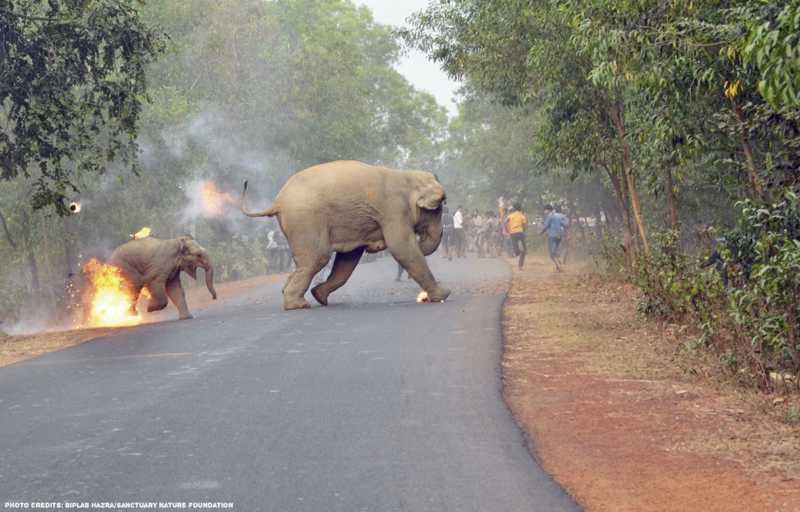 As more and more forests are being destroyed to create space for new agricultural lands, it comes as no surprise that the crop raiding dominates human-elephant conflict in India. As mentioned before, the scarcity of resources in their defragmented habitats often leads elephants to farmlands where food is easily and abundantly available.

The innocent instinct of elephants for survival clashes with that of farmers who also look up to these farms for their survival in the world. Farmers, riddled with debt, work tirelessly to cultivate their lands and to see their hard work be destroyed in a matter of minutes surely does hurt them bad. Farmers often ill-equipped to handle such situations retaliate back using lethal means. This hurts elephants not only physically, but also demonises them and reduces them to nuisances.

Such narratives around elephants are concerning and hamper conservation efforts: it leaves conservationists and practitioners in place where they receive wrath for saving the “troublesome” elephants.

However, such conflicts are avoidable- with the help of scientific wildlife tracking techniques and rigorous community engagement and sensitization, a safe space for both farmers and elephants can be created. This is an important piece of puzzle towards elephant conservation! 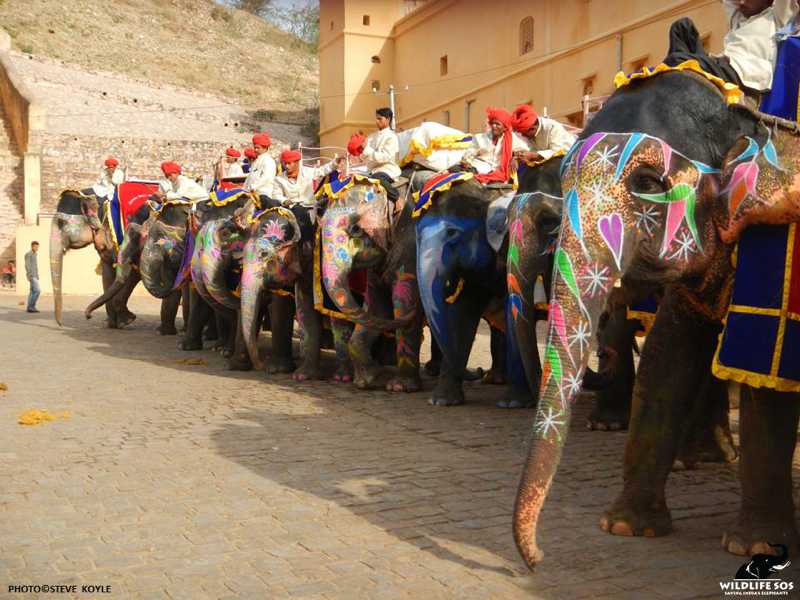 Poaching for captivity is a serious threat faced by Asian elephants. The rich cultural and natural heritage of India attracts a substantial footfall of tourists every year. For most tourists, interaction with elephants tops their bucket-list item and sadly, incomplete information often leads them to places where captive elephants are used to lure and extort money from ill-informed tourists. The sad truth of captivity that a baby elephant is poached from the wild at a tender age of 2 from its natural habitat and familial herd is cleverly blanketed with “joy” of checking one item off your bucket list!

Every baby calf snatched from the wild is an elephant that could have contributed towards strengthening of elephant population in the wild. For the purpose of our selfish entertainment and desires, we are depleting this already endangered animal.

The survival of Asian elephants today lies in the hands of us- conservationists, policy-makers, practitioners and local communities alike. As today marks the World Elephant Day, we hope that the future our elephants will turn brighter!

Wildlife SOS first put their concern about the plight of India’s elephants in 2009 and established a one-of-a-kind Elephant Conservation and Care Center (ECCC) in 2010. The centre currently providing lifetime care and treatment for over 20 rehabilitated pachyderms, rescued from illegal captivity and circuses where they were ill-treated and subjected to cruelty. Wildlife SOS is committed to providing them a safer, happier and healthier life post-rescue by giving them a life of freedom, companionship, and a chance to simply be elephants again.

Please consider becoming a monthly donor to help us protect and conserve this endangered species by clicking here.