Since 2012 Wildlife SOS has been working with bear biologists from the IUCN Bear Specialist Group and Hemchandracharya North Gujarat University to determine the distribution of bears in northeast India and Bhutan. Three species of bear occur in northeast India including the Asiatic black bear, the sloth bear and the sun bear. Particular attention is being paid to potential locations that all three species may coexist for at least part of the year. These locations would have great bear conservation value and would also potentially afford great opportunities to study these animals and how they are able to coexist. Northeast India, specifically the states of Assam, Meghalaya and Nagaland, is one of only two areas in the world where three species of bear may currently coexist. The other is Churchill, Canada where during the summer months polar bears, brown bears and American black bears can all be present. 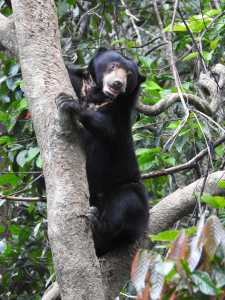 However, telling the three species of bears apart in northeast India is a much greater challenge than telling the three species of bears apart in Churchill. All three bear species in northeast India are black with a white or white-ish crescent on their chests. The confusion of telling these species apart was exemplified in the country of Bangladesh where all three species once occurred.  Sloth bears were extirpated (wiped out) from Bangladesh, largely due to habitat loss, without anyone even noticing. Imagine a large mammal, a bear no less, disappearing without anyone noticing. The reason no one noticed is that Asiatic black bears were still present. As photos were taken of bears and inspected by bear experts it became evident that each time there was a claim that sloth bears still existed in the country, the photos were proven to be of Asiatic black bears. Eventually the Wildlife Trust of Bangladesh did a countrywide bear survey between 2008 and 2010 and found sloth bears had completely disappeared from the country and sun bears were barely hanging on. 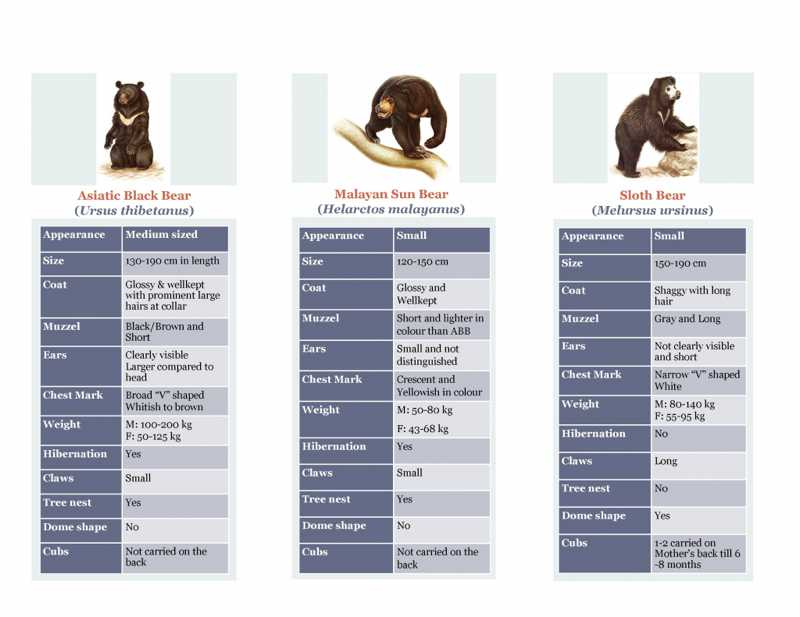 The team has been working with government officials and local forest officers to search for and document the three species throughout northeast India and Bhutan. Particular efforts have been made to attain camera-trap photos of bears. Generally, these photos come from camera-traps set out for tiger population surveys. Even with a camera-trap photo in hand, it can be difficult to determine which species of bear you are looking at, especially if the angle or clarity of the photo is not good. The team also conducts sign surveys in the jungle. Important bear signs include, claw marks on trees (made from climbing the tree), diggings (including diggings into termite mounds), and tree nests (Asiatic black bears and sun bears pile broken branches up in the tree, once they strip them of any fruit, and this pile of branches makes a sort of platform or nest that sometimes the bear will sleep on once they have satiated themselves on the fruits).  The work is still ongoing but progress is being made.