Two years ago, Raju was a begging elephant. His gaunt, emaciated frame, riddled with scars from garish wounds, was held up by limbs weakened from overwork and neglect. He walked along hot, tarred roads for hours on end, his owner sitting atop him, as he lumbered sadly through dirty, polluted and sometimes crowded roads, begging with an outstretched trunk for money from passersby, always wary of the devilish bullhook that dangled threateningly near his head. He was one among the nearly 3,500 captive elephants in India, suffering in horrific conditions of abuse and neglect, swaying mournfully in a sad monotonous manner in the few moments he was not being forced to work, standing alone in his own filth, restrained by spiked chains and years of bondage.

On the night of the 04th of July 2014, even as Independence Day celebrations were winding down on the other end of the world, a team of rescuers from Wildlife SOS was closing in on Raju. The rescue operation that followed brought Raju to freedom and catapulted him into international fame. Dubbed “the crying elephant” after the video that captured tears rolling down his face as the Wildlife SOS rescue team cut his chains went viral overnight, Raju became a symbol of hope for captive abused elephants the world over. 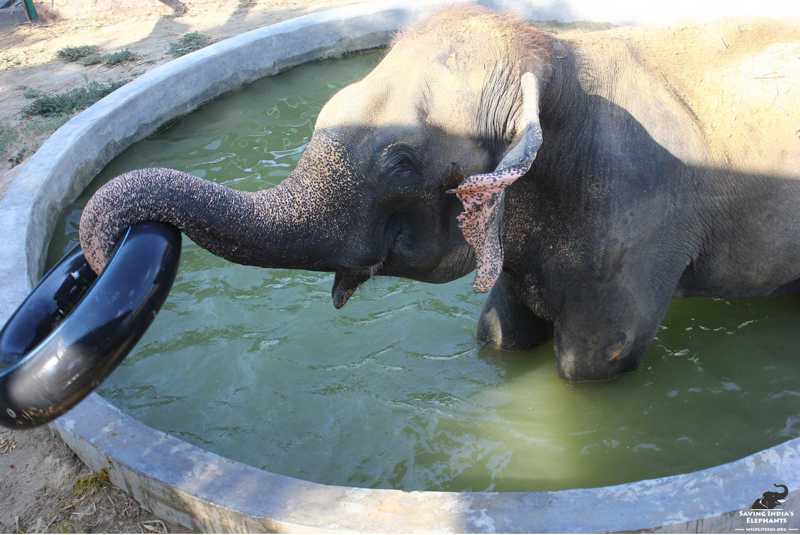 Since then, much has changed, both physically and emotionally for Raju.
At the Elephant Conservation and Care Centre in Mathura, Raju is provided with the very best of veterinary and general care, including a healthy, nutritious diet, enrichments to keep him active and healthy, and eighteen other rescued elephants to ensure his social and psychological healing. Since his first week at the facility, Raju has proven to be quite fond of the pool, and spends most of his time there, which helps keep him cool and has the added benefit of taking some of the weight off his legs and joints. He will even take his favourite toy, a rubber tyre, into the pool with him to play with. He eats well, an average of 200 kilos of green fodder and 25 kilos of fresh fruit and vegetables every day along with vitamin and mineral supplements as prescribed by the veterinarians. In particular, Raju loves bananas and watermelons.

In terms of his physical and mental wellbeing, Raju’s progress has been immense. He has gained more than 1000 kilos since he came into the care of Wildlife SOS, and seems both healthier and happier. His feet are in a much better condition now, and the abscess on his right foot has healed completely. Even the other wounds, including abscesses on his right shoulder and left hip are steadily progressing towards recovery with regular treatment.

Raju has come such a long way since his rescue, and his healing beautifully at the Elephant Conservation and Care Centre, Mathura. His rescue was a turning point not just for Wildlife SOS, but for captive elephants across India, garnering much needed attention for the heartbreaking plight of these amazing but abused creatures, and encouraging worldwide support for their rescue. 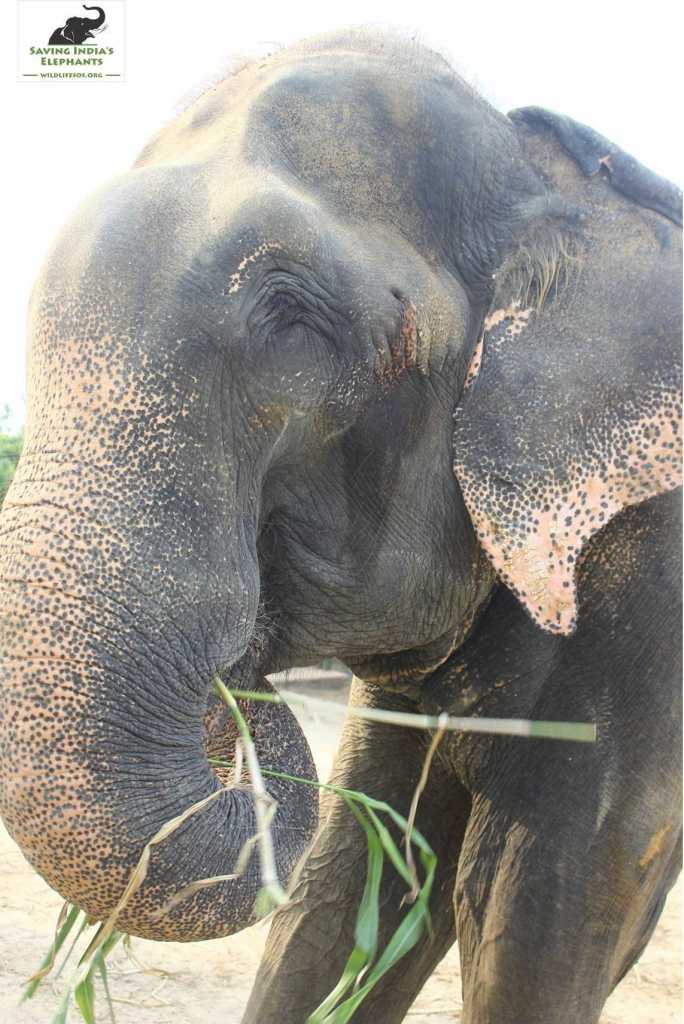 We feel immensely privileged to have been a part of Raju’s journey, and humbled by the support and love that continues to pour in every single day, for this amazing elephant. His strong will and zest for life, and the heartwarming manner in which he has forgiven human beings, allowing us to treat and care for him with ease, is inspiring, and continues to motivate us with every rescue we undertake.

To donate to Raju’s Rescue Fund, and support the rescue of more amazing pachyderms in India, follow this link.