Wildlife SOS recognizes that human compassion and tolerance is crucial to saving wild animals and protecting the habitats they need to survive in. Therefore, we are committed to working with both rural and urban communities in India to educate people, especially those living in man-wildlife conflict zones, about their surrounding environment and the animals that are a part of it.

On 5th February, 2016, the Pune Forest Department organized a leopard awareness program for the village Sarpanches in the district in Junnar, Maharashtra. Dr. Ajay, the senior veterinarian at Wildlife SOS’s Manikdoh Leopard Rescue Centre was invited to head the discussion. The speakers included Tahsildar, Mrs. Aashtai Holkar, Deputy Conservator of Forest, Mr. V. A. Dhokate, Assistant Conservator of Forest, Mr. Y. Mohite and Forest Range Officer, Mr. Pisal.
In the last decade, Maharashtra has seen a dramatic increase in man-animal conflicts, predominantly problems relating to leopards that have ventured into sugarcane fields and human habitation. Unfortunately, this is a direct consequence of rapid human encroachment into forested areas surrounding villages and crop fields. With unwarranted invasion of their natural habitat, the leopards find their territory and prey base depleting and are forced to seek out domestic animals and livestock for survival. 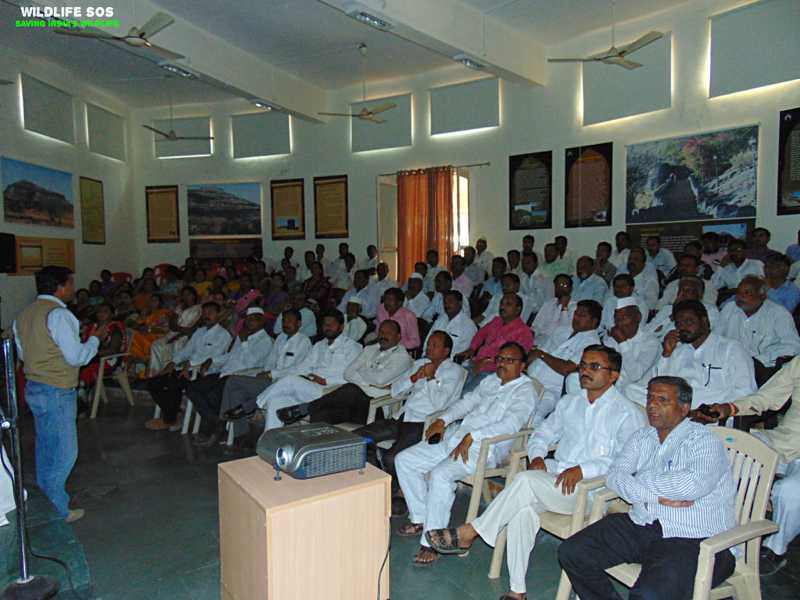 Dr. Ajay started the discussion by sharing a general understanding of leopard biology, their behaviour and habits and went on to address the larger issue of trying to minimizing man-animal conflicts in leopard prone areas. He emphasised on establishing, at a local level, the role of the Sarpanch during such situations by taking protective measures and on the need to use techniques for avoiding and resolving man-leopard encounters in a more conscientious manner. 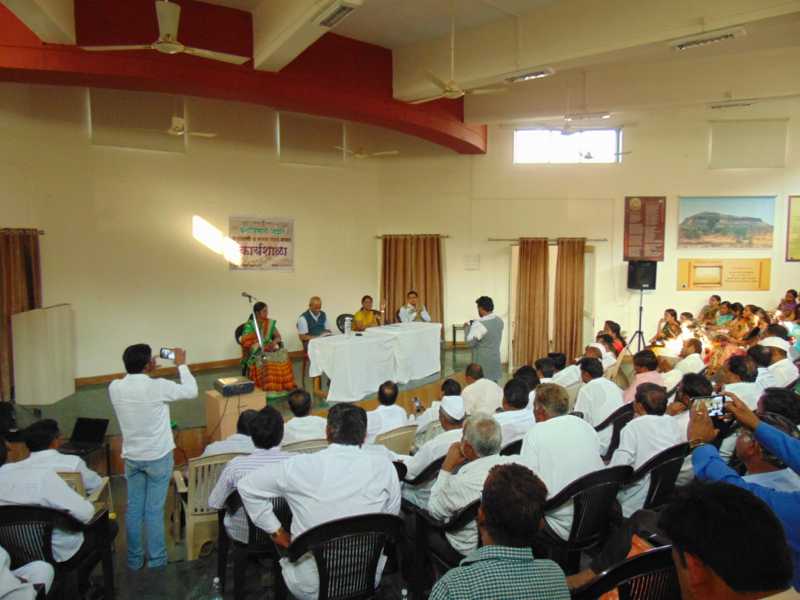 There were about 50 Sarpanches in attendance, all of whom were eager to understand more about this majestic animal and to share their views on the matter of tackling conflicts in the future. They expressed the need for the government to raise compensation rate of domestic animals, making street lights available in each village, constructing sheds for the livestock and providing toilet facilities for the villagers.
The discussion proved to be quite fruitful in terms of developing a deeper understanding and overcoming this highly sensitized problem that is affecting the lives of many, both humans and animals in the region.