Forests and wildlife form a vital resource for the country and human sustenance cannot be independent of wildlife and its conservation. Hence, wildlife conservation demands more attention and is needed to transit from a grass-root level into a global mainstream movement. Wildlife SOS recognizes apprising the local communities as one of the major ways to channelize conservation concerns. In the backdrop of these conservation concepts, Wildlife SOS organises training workshops and awareness building programs across India.

With the view to preserve our country’s diverse flora and fauna and to arouse a general awakening in the people, India celebrates National Wildlife Week from 2nd October to 8th October. This year we took the opportunity to reach out to the students, local communities and government officials to talk about our rich biodiversity, the need to protect and preserve wildlife habitats and the rising issue of man-animal conflicts. Through such programs, we aim at establishing sustainable management and mitigation systems for the mutual cohesion of humans and wildlife. 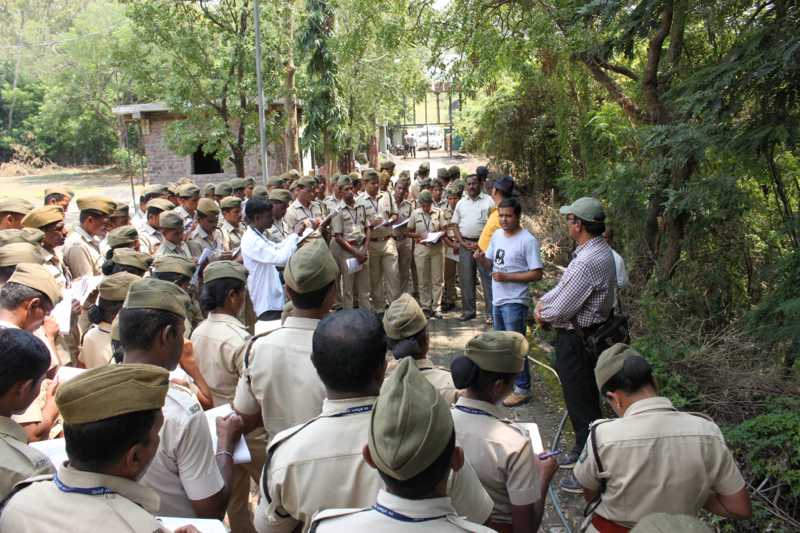 Our team at the Manikdoh Leopard Rescue Centre conducted a training course to 85 Forest Department Officials, on 1st October 2018. The workshop threw light on the biology, habitat and behavioral patterns of the leopards, a species thriving in the peripheries of the human settlements in Junnar district of Maharashtra. Also addressing the surging man-animal conflicts in the region, the team approached the problem and recommended ways to evade such incidents. Since the establishment of the rescue centre in 2008, the team has focused and initiated ways to rehabilitate and rescue leopards all across Maharashtra. 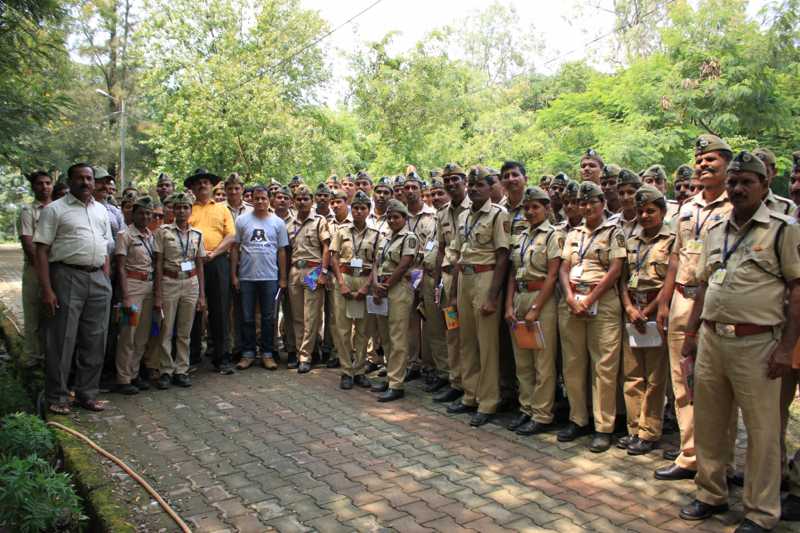 The rescue operations are carried out with the sole concern of a safe return of the animal, back into the wild. In certain cases, where the leopards are injured and seem unfit for release, our team focuses on rehabilitation and life-long care. Hence, the forest officials were familiarized with leopard care and management techniques, as well as were rendered a tour of the facility that is home to over 30 leopards. The team also shared the various factors that come into play while rescuing a leopard that includes both, safety of the animal and public. The support and the frequent collaboration of the team with the Maharashtra Forest Department has aided Wildlife SOS in a successful outreach to the masses.

Meanwhile, down south at the Bannerghatta Bear Rescue Centre, Karnataka, our team organised a habitat cleanliness drive in a collaborative initiative with the Bannerghatta National Park. Nearly 400 participants comprising of students, volunteers, local stakeholders & CSR partners along with Central Reserve Police Force staff and eco-volunteer groups of the Karnataka Forest Department came together to do their bit for the environment. 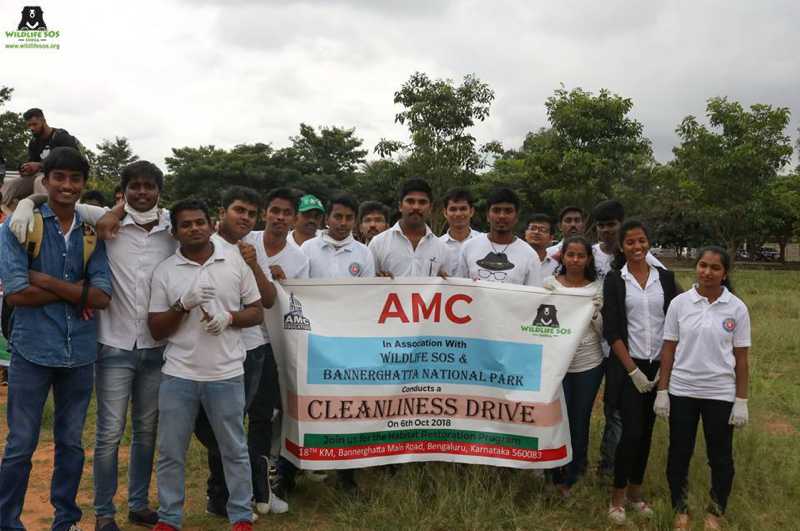 The highly enthusiastic group kicked off the day with a cleanliness drive, collecting the human contributed plastic waste and trash inside the Bannerghatta National Park and the fringe forest area of Ragihalli. The successful efforts accounted for almost 15 tractors loaded with garbage collectively from both the sites.

The increasing dependence on plastics had brought a massive tide of plastic pollution. The global issue of plastic pollution is sourced by the over utilization by humans and poses an environmental threat to the planet. Addressing these issues of concern, Dr. Arun. A. Sha, Wildlife SOS Director Research and Veterinary Operations, conducted a public awareness talk amid the local shopkeepers and the residents of Bannerghatta. The talk focused on the need to curb the use of single use plastics and effectively approach the plight of plastic pollution. This was also followed by a skit performance, by one of the Wildlife SOS volunteer groups.

At the same time the Wildlife SOS team operating out of Jammu and Kashmir rendered to the various stakeholders, a unitary platform to conduct awareness programmes and actively participate in conservation talks. The activities spanned across 6 days, transiting from one division to the other in the state of Jammu & Kashmir. The participating schools, local communities and forest officers engaged in an interactive session to mutually discuss the problems faced by the public. 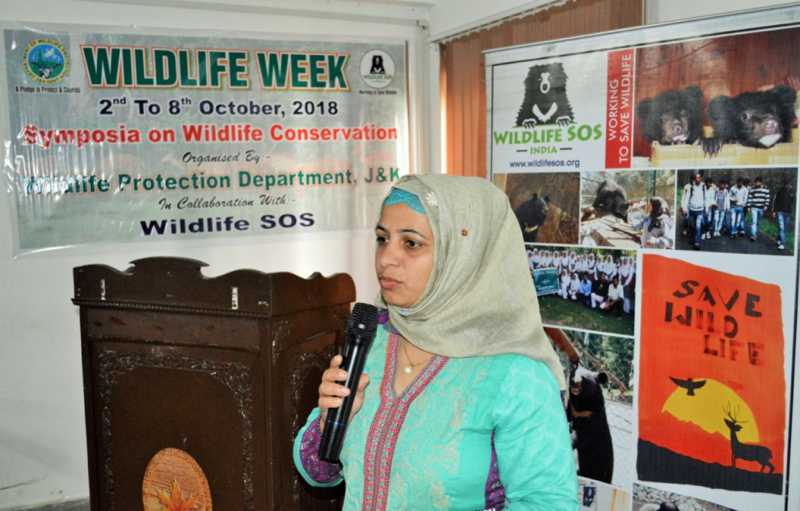 The students from over 10 schools vigorously participated in the painting competitions hosted by Wildlife SOS’ Manager & Education Officer”, Aaliya Mir. 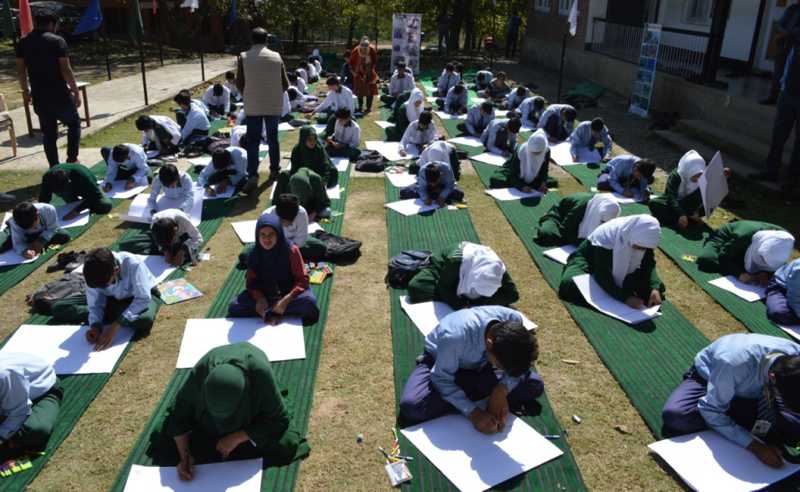 The increasing number of encounters with animals is a matter of growing concern for the local inhabitants. The over expansion of human settlements and the consequent bringing down of forests has only resulted in conflict situations. The direct consequence of such encroachment has often resulted in violent encounters for both wildlife and humans.

Wildlife SOS, recognizes the interest and willingness of the people and appreciates the dedication of the delegates towards implementing wildlife conservation efforts. The compassion shared by the local communities and their cooperation, aids in the success of our outreach programs and sensitization talks. The celebration of the Wildlife Week, was accomplished in full-spirit and in line with the needs of the contemporary world.