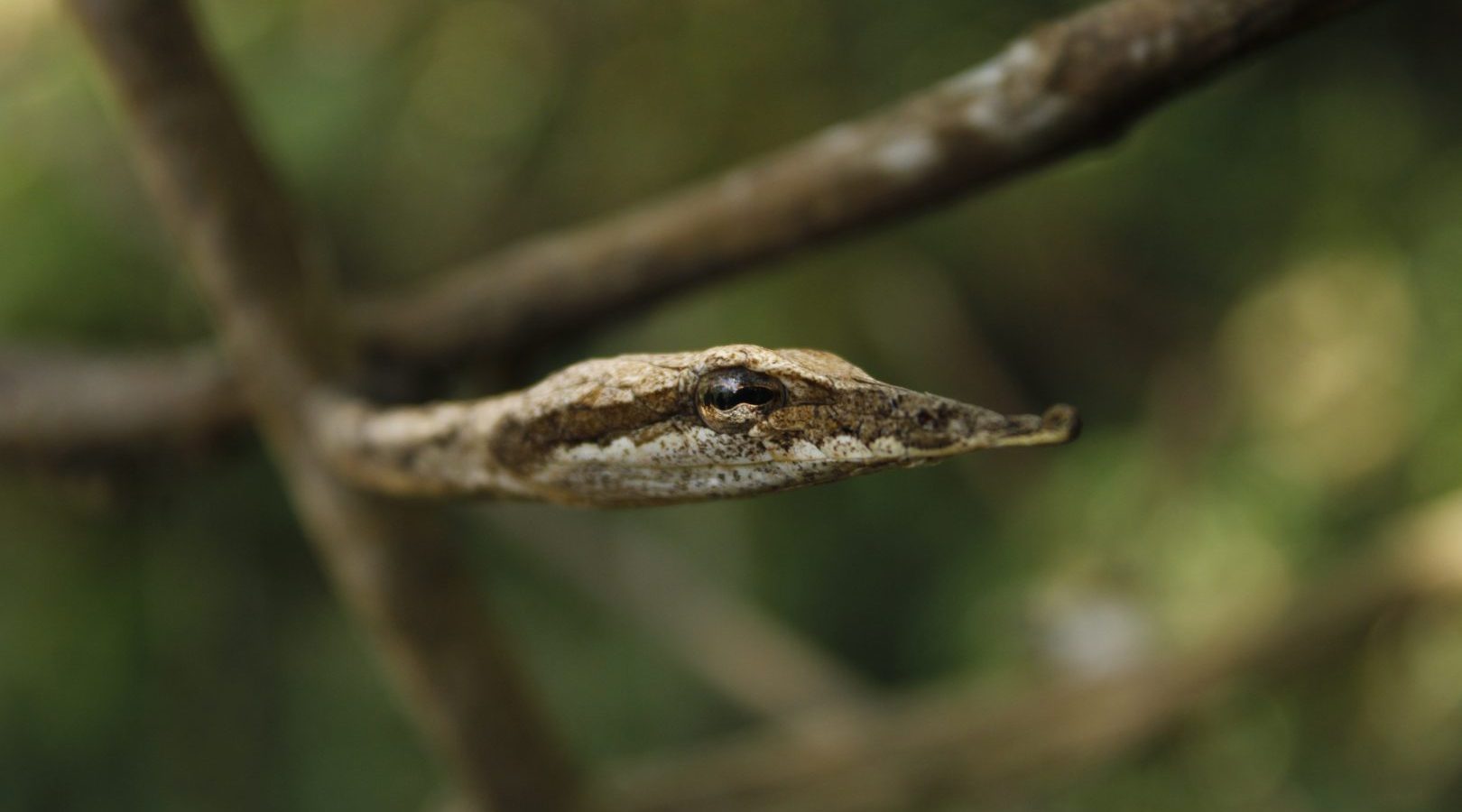 While tending to tulsi and lavender plants that you so lovingly grow in your garden, you felt you were being watched. Of course, you’d be alert, because who wouldn’t? It’s a natural reaction to have after binge-watching gripping crime thrillers. You look around to find the source of the gaze when *gasp*…you lock your eyes with those of a snake’s. An unlikely, and awkward situation to be stuck in. The serpent doesn’t particularly seem happy about this encounter as well; being gawked at by a human holding giant clippers. You now wonder if you would have preferred the judgemental eyes of nosy neighbours over this wriggly reptile that’s gazing at you.

Suddenly, the reptile flicks its tongue, and your childhood fear of snakes shoots up with full force. After all, aren’t there so many movies about villainous snakes? Will this snake eat you? Could a snake that’s roughly about, say, 5 centimetres wide, even eat a person?

But before you jump (to conclusions), let’s do a reality check.

I can tell you for a fact that the snake is as horrified to see you, as you are to see it. Most snakes are generally shy beings, and they would rather slither away in peace than awkwardly lock eyes with a human.

Yes, I know, I know… You’re probably wondering why the snake is here in your garden of all places if it really didn’t want to be here. It could have been lured to come there owing to the presence of rats (which in their language means food!) or because its own home, the forest habitat, has been destroyed.  So, now, what can you really do? Of course, you could work towards bringing changes to preserve and regenerate forests eventually, but you first need to do something about the snake that’s still slithering around in your garden. Are you supposed to catch it, trap it or engage in a game of chess with it to decide who gets to keep the garden?

Well, I would say that the first step you must take is… to do nothing. That’s right. Do nothing. Snakes generally do not engage with humans unless it is provoked in any way. So the best thing you can do is to move away from the snake and make sure to take your pets inside the house or at a safe distance. In case the snake is very close to you, slowly back away. Do not make any sudden or jerky movements that might make the reptile feel threatened. If you can, get inside a room, close the door, and block the gap underneath the door using a cloth.

Do not attempt to catch the snake on your own, no matter what! We all want to have our hero moment, but snake-catching might be better left to the hands of trained professionals. If mishandled or provoked, the snake may retaliate with a defensive bite, which can prove fatal if the snake happens to be venomous.

If you’re able to see the snake through a window, keep an eye on its movements and observe its trajectory. If it has left your garden to go to an adjoining patch of dense greenery, chances are that you’ll never see the snake again. However, if it enters a cemented area, like a garage or a building, it’s best to grab your phone and start dialling. A quick google search can reveal the contact number of the nearest wildlife rescue and rehabilitation agency or the forest department of your state.

Once you connect with them, explain the situation in its entirety, and wait for the professionals to arrive on the scene. In case you are able to identify the snake, let the snake handlers know about it on the phone, or if you can manage a photograph, send them a picture of it from a safe distance. But if you aren’t too familiar with snake species, don’t sweat. The snake handlers are well-equipped and ever-ready to tackle any situation!

If in a frenzy, you have been bitten by a snake, the most important step is to remain calm. Of course, this experience can be petrifying to say the least, especially if the bite is by a venomous snake, but you can take steps to treat this safely. Maintaining a steady and slow heartbeat is most essential, as it helps to slow down the rate at which the venom spreads through your body. Identify the nearest government hospital, and seek help to reach there as soon as you can.

All government hospitals are mandated to carry polyvalent anti-venom, which is the venom used to treat bites by the “Big Four” venomous snakes of India. They are the Spectacled cobra, Russell’s viper, Common krait and Saw-scaled viper. These snakes are responsible for the most snake bites in India. If you can identify or describe the snake to your doctors, it will go a long way in helping them treat you.

With the oncoming monsoon, there is bound to be an influx of snakes in the shrubbery. You can keep your surroundings clean and free of rats, to deter snakes from coming there.

If you come across a snake in the regions we operate in, fear not! The Wildlife SOS Rapid Response team is always ready to help! We have 24×7 helpline numbers which you can contact in the followings areas:

We are just a call away! The rescue team members of Wildlife SOS have expertise in handling any wild animal in distress, be it snakes, Monitor lizards, Civet cats, crocodiles, and even injured birds. Our rescue teams have extricated wild animals who have found themselves amidst a conflict scenario, or within the most bizarre places such as shoes, toilets, cars, airplanes, a Mercedes factory, the Taj Mahal, and even the Rashtrapati Bhavan!