Amidst the usual winter morning tranquility, the otherwise peaceful Pimpalgaon Rotha village in Maharashtra was startled by the panicked roars of a leopardess from within an open well.  At the advent of such an unfortunate incident, the villagers instantly prompted the Forest Department, who in turn reached out to Wildlife SOS’ team that manages the Manikdoh Leopard Rescue Centre in Junnar. On approaching the sound of unusual cries, the villagers sighted a distressed leopardess trapped inside a 50-foot deep open well. Fearing for the life of the feline, the villagers eagerly waited as the team from the Manikdoh Leopard Rescue Centre geared up for the rescue operation. In the meantime a team of forest officers rushed to the village to assess the situation and contain the panicked crowd. 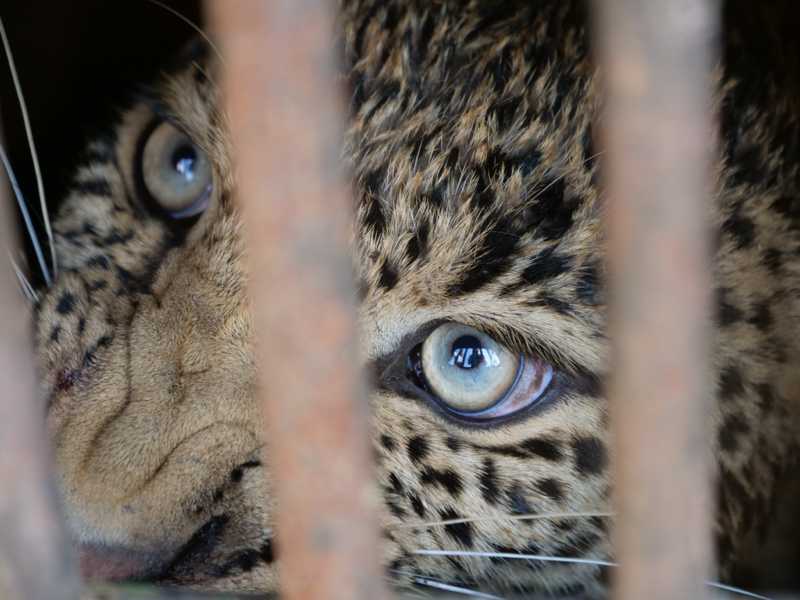 Traversing almost 80 kilometers, a four-membered team took off with all the necessary equipment to save the helpless feline.  The rural inhabitants in Maharashtra have often reported such sightings in the past and are rather accustomed to the occasional confrontations with the  elusive cats. Additionally, with the sugarcane fields in close vicinity, an increasing number of felines seek shelter in them in search of a safe cover, owing to the diminishing natural habitat. 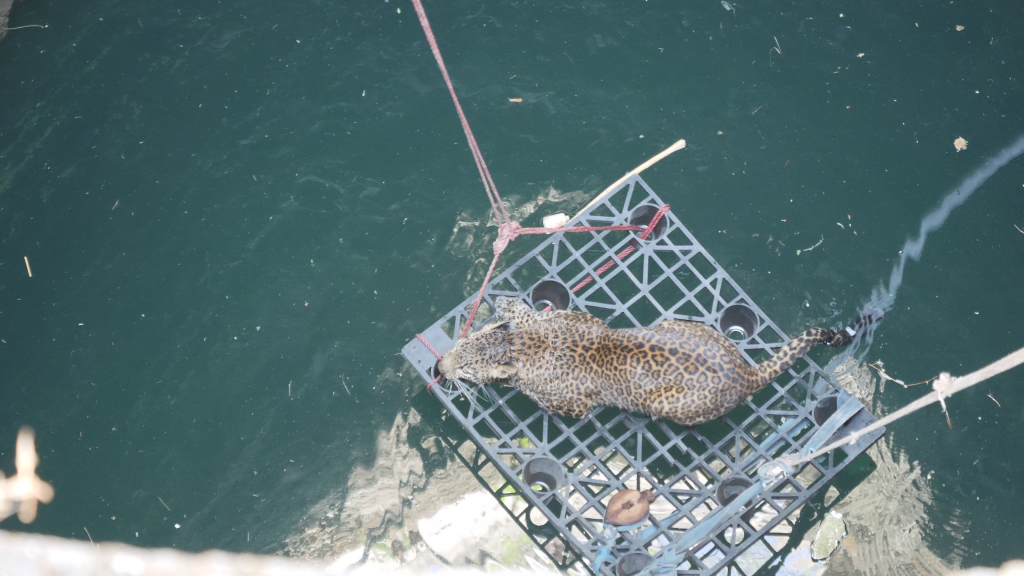 With a glorious past record of such rescue operations, Wildlife SOS exhibits great expertise in conducting them, while maintaining the safety of both the animal and humans. As the plan rolled out, the team swiftly laid out each step to save the leopard from drowning. Firstly, to render a chance for the leopard to clamber out of water and onto a safe space, a platform was lowered into the well. Consequently, a trap cage was then let down into the well with its door angled towards the leopard.

On discovering a dry spot, the apprehensive leopard instantly leaped forward onto the platform and into the cage. It was then cautiously shut to securely lift the leopard out from the well and easily transfer it. 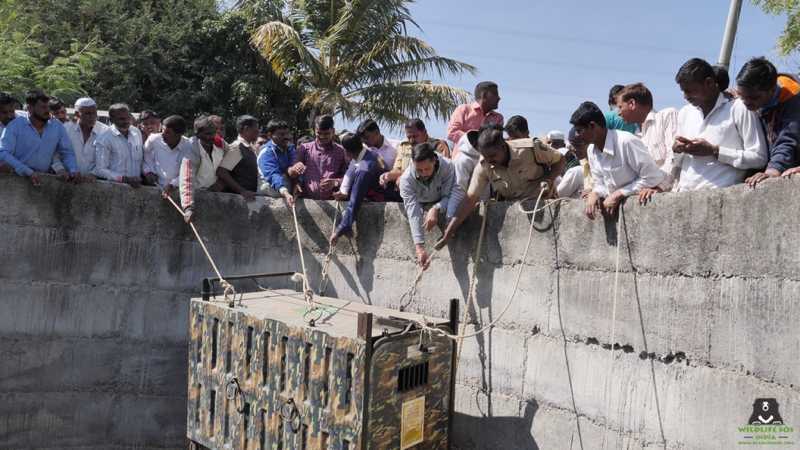 As the relived crowd cheered, the almost grateful leopard was assessed for any internal injuries it might have sustained owing to its fall. The seven-years old leopardess did not feature any internal or external injuries and was affirmed fit to be released back into its natural habitat.

Centering our efforts into the well-being of the animals, Wildlife SOS aims at executing such rescue operations with great care. With their natural habitats shrinking, the wild animals are forced their way into the human inhabited regions, resulting in the surge of such accidents. In the last decade around 1,500 animals, including leopards, jackals, jungle cats, sambars and hyenas have reportedly died after falling into open wells and uncovered water tanks, making these a growing threat to wildlife in Maharashtra. Wildlife SOS has raised the concern of open wells in the past and we urge the government and rural population to approach the issue from their end in order to facilitate a mutual cohesion. 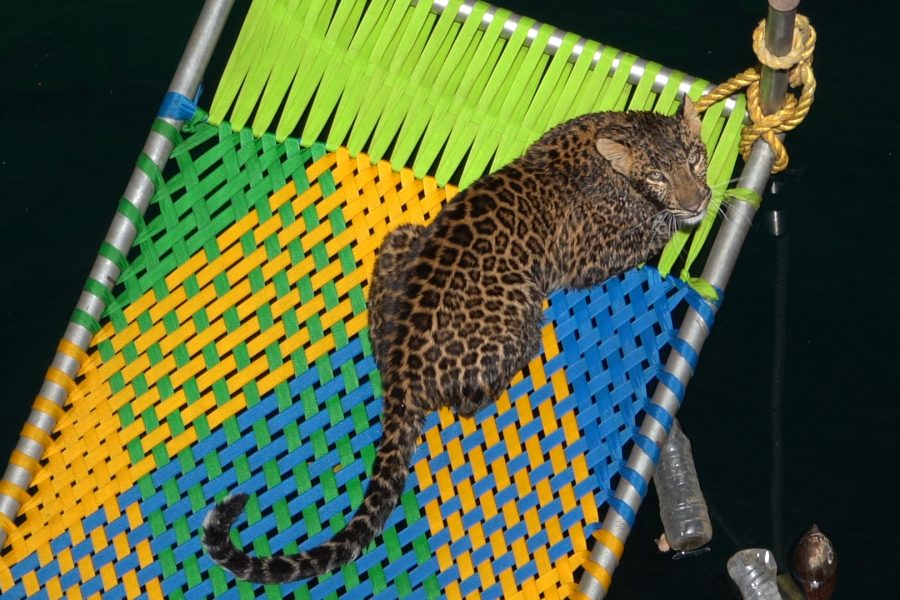 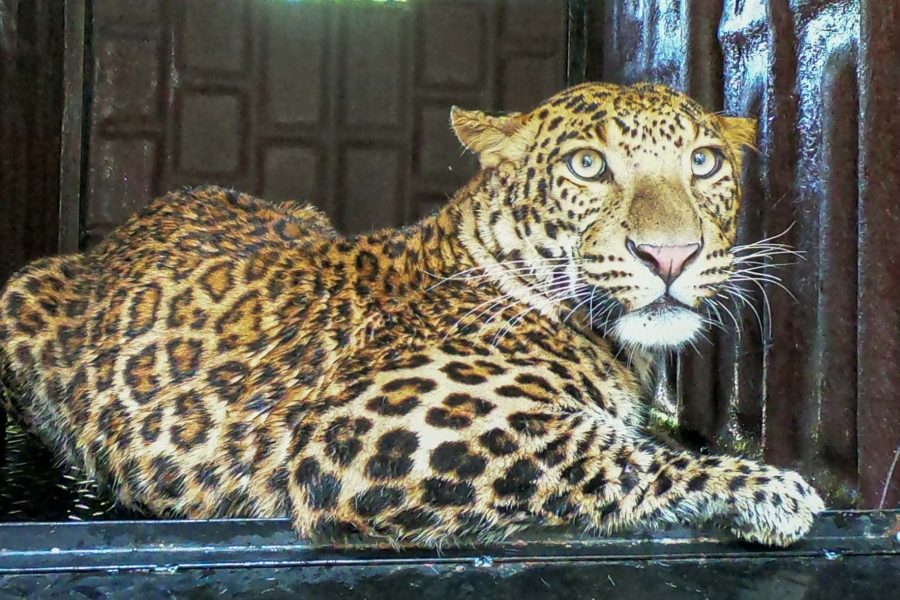