Wrapping up yet another fulfilling year, the Wildlife SOS family adds to its record, another glorious accomplishment. For the first time in India, an International Conference on Bears was hosted in Agra by Wildlife SOS with International wildlife experts, veterinarians and delegates from over eleven countries. Expanding its horizons from wildlife conservation and care, Wildlife SOS through this conference has taken a great leap into spreading knowledge and awareness about principles of welfare of animals in zoos, sanctuaries and rescue centers.

Wildlife SOS with the Bear Care Group channeled all efforts into bringing the Advancing Bear Care Conference to India to avail  a platform to the animal keepers to address their real-life bear care problems, in addition to learning about the bears and their captive care measures from around the world. Through this conference the Bear Care Group and Wildlife SOS created and enhanced communication, cooperation and education among bear care professionals by sharing information on bear behavior, husbandry, enrichment, training and veterinary care to further the cause of global bear welfare and conservation.

Extending a warm welcome to the Indian and International delegates, Wildlife SOS co-founders Kartick Satyanarayan and Geeta Seshamani initiated the conference, followed by inauguration by Jason Pratte from the Omaha Zoo, USA and the incumbent president of the Bear Care Group, USA. Throwing light on the history of the organization and some successful steps taken during eradication of the barbaric practice of dancing bears across the country, the key note speech was delivered by Mr. Kartick Satyanarayan. Displaying elaborative pictures illuminating the course of journey, he also addressed the current status of the sloth bears in the country, human-bear conflicts and the tireless efforts made by the Wildlife SOS family to approach these issues. 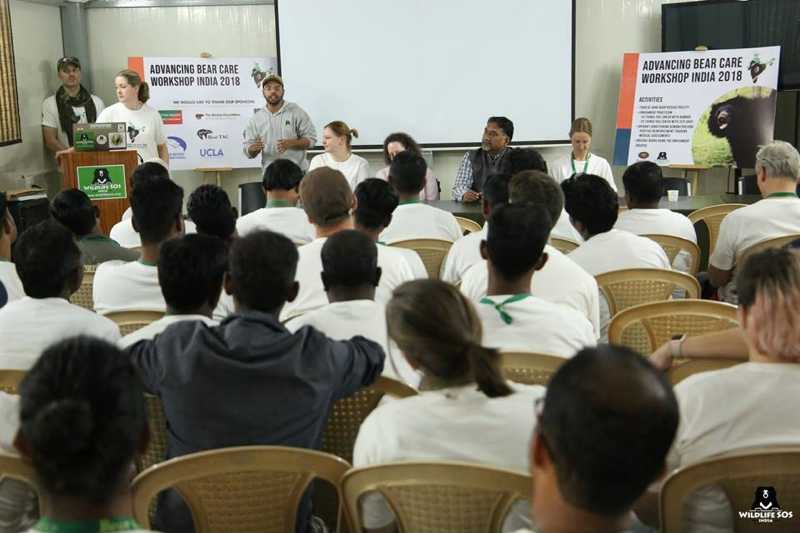 Ranging from how captive community can render field conservation to how ex situ conservation is an effective method supporting in situ conservation, the talks addressed such immediate issues faced by the animal keepers at their respective zoos. Keeping an eye forward, the conference also covered topics concerning neonatal care of the cubs of captive sloth bears and how to overcome human-animal conflicts.

An entire day was dedicated to workshops that centered around husbandry and enrichment problem solving, training on operant conditioning and bear veterinary health and welfare. The delegates were divided into groups of three, as each one got a chance to put forth the complications faced by them at their respective zoos and rescue centers. The zoo keepers were seen interacting enthusiastically with the help of translators as each subject was addressed bilingually. 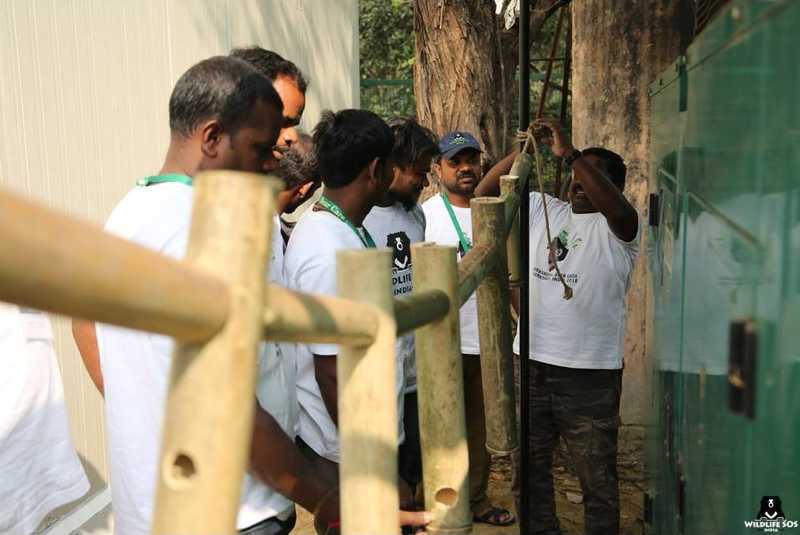 Winding up the conference, the delegates were facilitated a tour of the Wildlife SOS’ Agra Bear Rescue Facility. Being one of the largest sloth bear rescue facility in the world, it is home to over 200 rescued sloth bears.The facility is equipped with specialized veterinary care and equipment like Thermal Imaging Camera, Digital X-ray, Ultrasound, Dental suite and Laboratory among others. These bears share a traumatic past of being subjected to cruelty and were saved from illegal custody of their cruel owners. Following the tour of the rescue facility, the groups were given tutorials on how to make enrichment and its variants, which act as structural enhancements for the bears. These often aid in the mental and psychological well-being while also keeping the stereotypical behavior at bay. 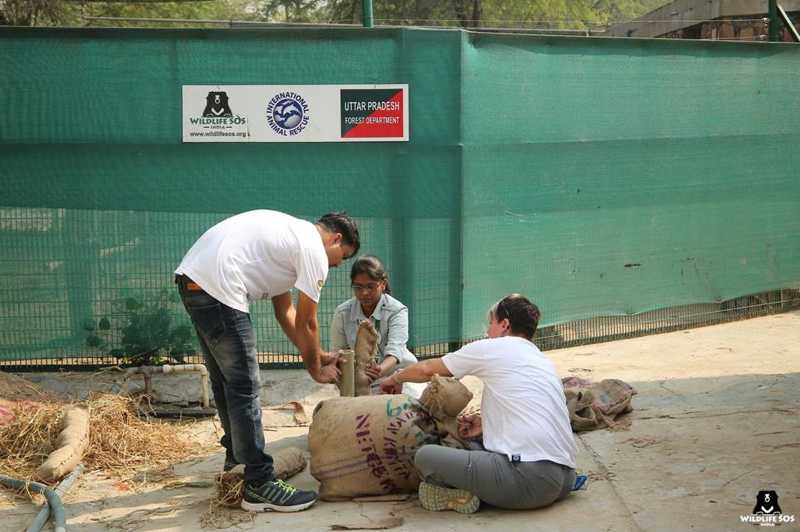 Bringing under an umbrella a platform to address bear care problems as well as gain knowledge, the Bear Care Group along with Wildlife SOS shared a common goal to bring together international experts to work towards a holistic approach with a futuristic vision for the zoo professionals. We would like to thank the Bear Care Group  for their insight and support and making this conference a great success.